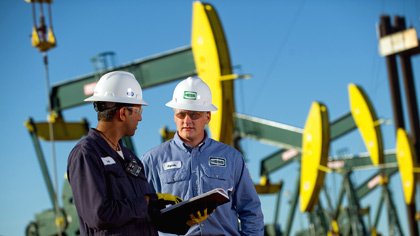 *A tax settlement between the Ministry of Mines and Hydrocarbons and the partners of the Ceiba and Okume fields has been reached, the Ministry announces.
*Minister of Mines and Hydrocarbons: “Equatorial Guinea has a stellar record in honoring the sanctity of contracts.”
*Hess Corp. has an 85 percent interest in the Ceiba and Okume fields and Tullow Oil has a 15 percent stake. Operator Hess is selling its stake to Kosmos Energy.

The deal between the government and the partners is the result of negotiations over recent months between the Ministry of Mines and Hydrocarbons and the management of Hess. The resolution of tax issues clears the way for Hess’ sale of its 85-percent interest in the assets to Kosmos Energy, and for increased involvement by Tullow Oil (a 15-percent interest holder in Ceiba and Okume) in Equatorial Guinea’s petroleum sector. This settlement demonstrates Equatorial Guinea’s commitment to profitable partnerships with international energy companies.

Minister of Mines and Hydrocarbons H.E. Gabriel Mbaga Obiang Lima said: “Equatorial Guinea has a stellar record in honoring the sanctity of contracts. It is in the best interest of the petroleum sector, our nation, and its people that we reach fair agreements on financial matters quickly and in a positive way with international partners. Hess has been a key leader in the oil and gas industry and instrumental to the country’s growth over the long term. We are pleased the companies worked with us to resolve this situation amicably.”

Hess opened its Equatorial Guinea office in 2001 and Tullow entered the country in 2004 through its acquisition of Energy Africa. The Ceiba oilfield has been producing since 2000 and the Okume Complex has been in production since 2006. Hess is the operator of the two blocks and national oil company GEPetrol has a carried interest of 5 percent.