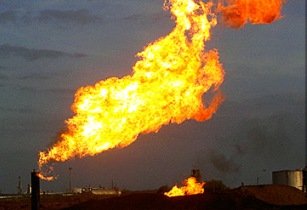 Addressing newsmen in Abuja on Tuesday, the National Chairman, HOSCON, Mr. Mike Emuh, said releasing the money would help to sustain existing peace in the region.

“It is an international law that a $3.5 be paid by oil companies for every 1,000 standard cubic feet of gas flared.

“The law requires the fund to be paid to the host communities for environmental degradation, pollution and plundering of their communities as a result of gas flaring.

“Instead, the oil companies pay the fine to the Department of Petroleum Resources.

Emuh also called on Niger Delta Avengers to suspend its planned hostilities and destruction of oil and gas assets in the region in the interest of peace and development.

He urged the group to exercise patience and await the outcome of a planned meeting between the Federal Government and stakeholders in the region.

He said the meeting, scheduled to hold within the month, was a continuation of the stakeholders’ engagement of the government which saw Vice President Yemi Osinbajo visit all the oil-producing states.

“HOSCON, which is the parent of these youths, appeals to them to be patient with the government.

‘’After the meeting, we are hopeful that something good would come out of it and their concerns would be addressed,’’ Emuh said.

He decried the continued payment of 13 per cent derivation fund to state governors, whom he accused of mismanaging over N10 trillion paid to oil-producing states over 16 years.

Emuh said the Federal Government should ensure that the 13 per cent Derivation Fund was paid directly to oil producing communities and not to state governors, especially as the governors might use the fund to prosecute the forthcoming elections.

He appealed to the Federal Government to prevail on DPR to expedite the release of modular refineries licences.

He also called on the government to impress on the relevant government agencies, the need for HOSCON and its foreign financiers to be granted waivers in the importation of components for the modular refineries.

Emuh called on governors of oil-producing states to join hands with the Federal Government in its campaign against corruption and to partner HOSCON to ensure the judicious utilisation of 13 per cent Derivation Fund for the development of the region.

He noted that 10 per cent equity should be implemented, adding that the passage of the PIB would help this initiative to come to fruition.