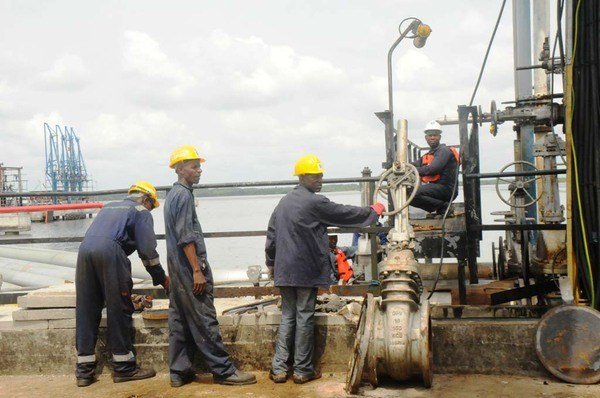 *Oil workers repairing a pipeline leak at the Okrika jetty in Rivers State.

The National Chairman of the body, Chief Style Tamaranebi Benjamin said that youths of oil communities should be recruited as staff by the oil companies.

He said the oil companies should also train youths in oil communities to fit into their labour demands, noting that this would promote peace in the communities.

“Companies should stop casualizing our workers. We don’t want situations where our workers are casuals and people are brought from outside to do jobs they can conveniently handle as staff.

Chief Benjamin said the newly elected executive of the body would be inaugurated on the 26 of this month at the conference center of the Petroleum Training Institute, PTI.