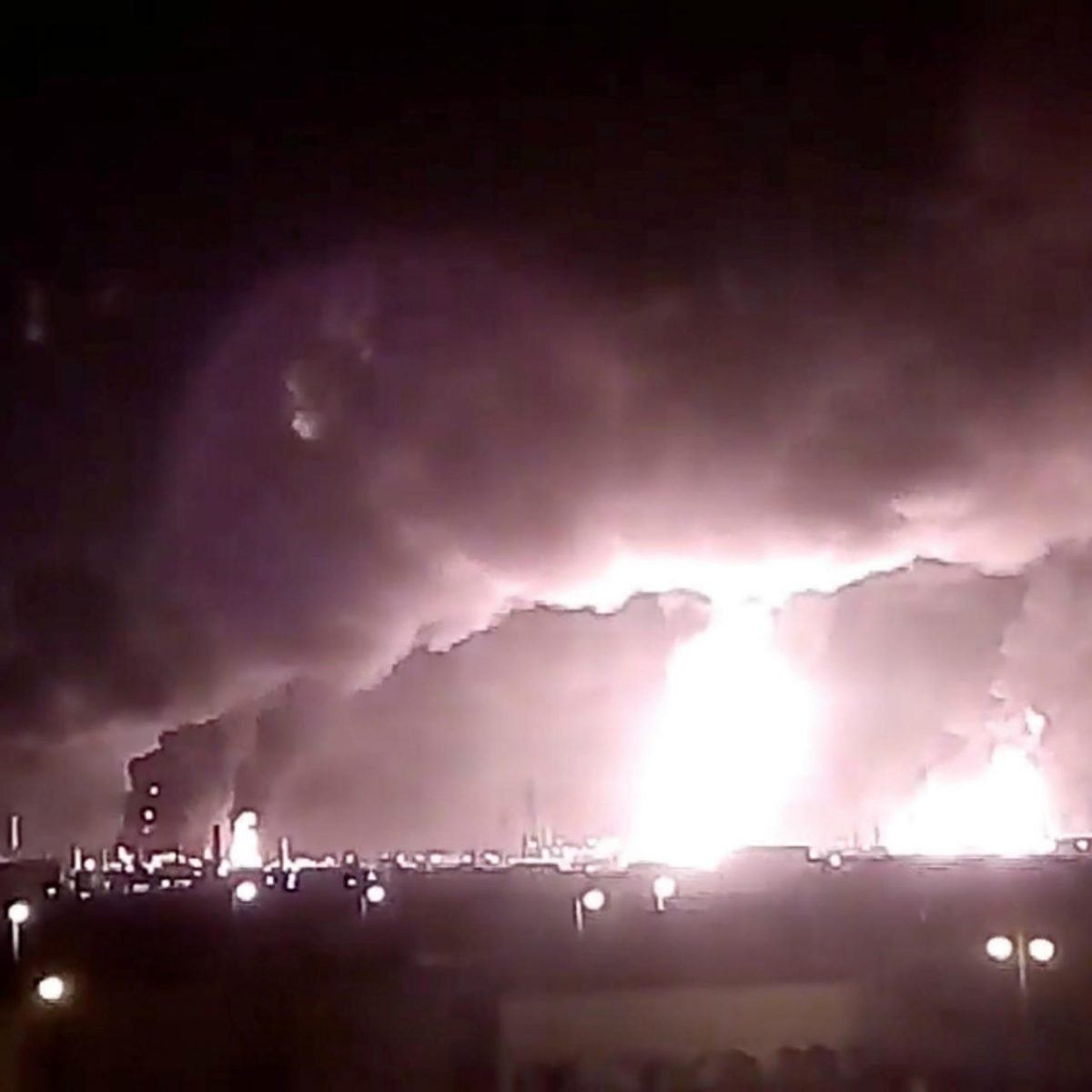 BEIRUT — Yemen’s Houthi rebels claimed that they hit an Aramco oil facility in eastern Saudi Arabia on Sunday, the first time the group has reached the company’s facilities in that area.

In a televised statement, a spokesman for the rebel group, Brig. Gen. Yahya Sarea, said ballistic missiles and drones hit the oil giant’s facilities in Ras Tanura, a major port on Saudi Arabia’s Persian Gulf coast and one of its largest refineries, and military positions in nearby Dammam.

Saudi state media later confirmed the Ras Tanura attack, quoting an unnamed Energy Ministry official saying that one petroleum tank farm was attacked Sunday morning. The official said shrapnel from a ballistic missile fell near Aramco’s residential area in Dhahran, which hosts thousands of employees and their families, but there were no casualties or loss of property. The Saudi-led coalition, which has been fighting the Iranian-backed rebels since 2015, then said both attacks were intercepted and the drones downed.

The Houthis launched several armed drone attacks on the kingdom earlier in the day. The coalition said it intercepted 10, that the targets were civilian infrastructure, and that attacking “civilians and civilian objects in Saudi [Arabia] is a red line.”

Sarea said the Aramco attack was the Houthis’ “natural right” in responding to Saudi “aggression and its total siege of our dear country.”

The coalition aims to restore Yemen’s internationally recognized Saudi-backed government to stem what it perceives as Iran’s growing influence in the region, and has been fighting the Houthis since it intervened in Yemen’s civil war.

Houthi attacks on Saudi Arabia have sharply increased in recent weeks. Earlier Sunday, the coalition said in a statement that the removal of the Houthis from the U.S. list “encouraged [the group] to go too far in launching armed drones and ballistic missiles towards civilians in Yemen and Saudi Arabia.”

After a rare attack on the Saudi capital, Riyadh, in January, the United States issued a statement condemning the strike and said Washington was working to “de-escalate tensions in the region through principled diplomacy.”

The Houthis often hit the kingdom, but most of their attacks focus on the south. They claimed they hit an Aramco facility on Thursday, but there was no confirmation from the Saudi authorities or the company. The last confirmed attack on an Aramco facility was in November.

The most serious attack on the oil giant in recent years was in September 2019, when the Houthis knocked out more than half the kingdom’s oil output for days with a missile attack on a refinery.