‘How peace can be achieved in Ugborodo’ 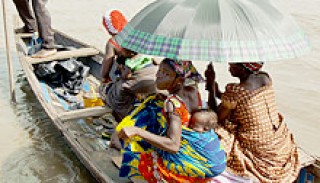 10 September 2014, Warri —Stakeholders in Ugborodo community, Warri South West Local Government Area of Delta State, have been urged to close ranks and harmonise the dual leadership that has torn apart the oil community, where Federal Government has proposed to site the $16billion Export Processing Zone, EPZ.

Mr Cyril Ojogor of the Save Ugborodo Group, who made the call in Warri, noted that the continued tension in Ugborodo despite several peace interventions by stakeholders meant that lasting peace will not return until the crisis was addressed from its root.