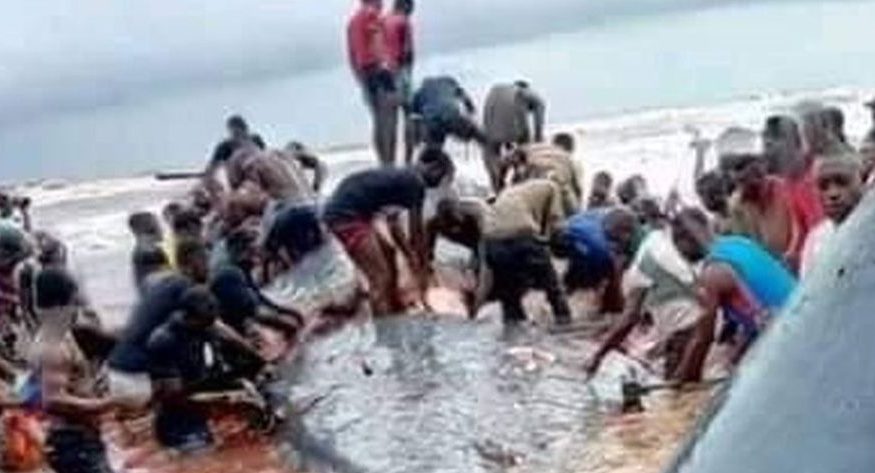 Although there has been speculation that there was a leak from one of the platforms operating offshore Bayelsa, however, no oil firm has admitted to having an oil leak.

Residents of the area said the development was strange and could be an indication of increasing toxic discharge into the Atlantic ocean which could negatively impact residents.

A resident of Sangana in Foropa Kingdom, who gave his name as Ebiegberi Tonbara said that they have been seeing dead fishes washed ashore by the tide on a daily basis for some days now.

Tonbara explained that some people in the area, especially women and children, have been picking the dead fishes for food, as stranded fishes was not an uncommon phenomenon in coastline communities.

He added that the fishing communities in Foropa were worried by the development, adding that they were concerned about the health implications of the catch.

“It is not unusual to find fishes dropped at the coastline after the tide goes down but the number is making us curious to suspect that the marine ecosystem must be getting much toxic.

“The common fish species here are known to be resilient and sensitive, one would have expected them to migrate deeper but their death in numbers may be an indication of crisis.”

Meanwhile, an industry expert, Mr. Adi Noel, has said that the incident may have been triggered by the use of dispersants to clean up operational spills.

Dispersants, according to Noel, are chemicals used in breaking down crude oil molecules in deep offshore environments, which is far from human settlements.

He urged the relevant government agencies such as NOSDRA, DPR and ministry of environment to take urgent steps to find out the root cause of the occurrence.