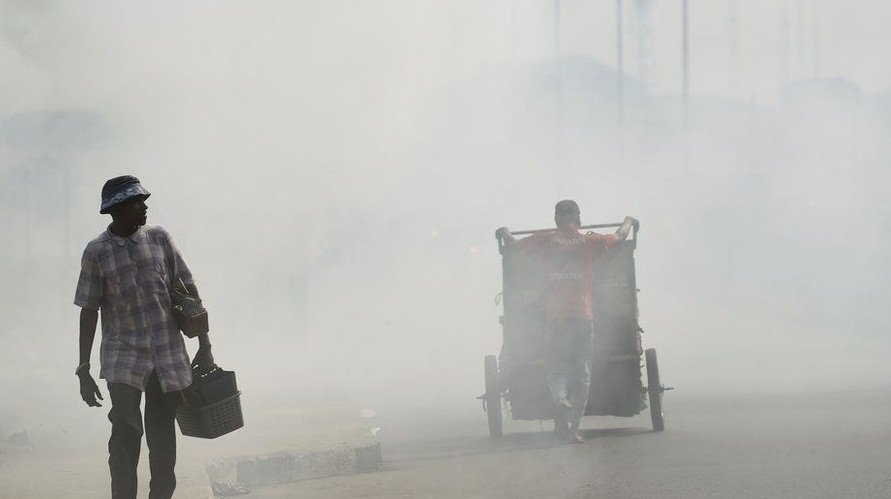 Port Harcourt — The Rotary Club of Port Harcourt Eco, District 9141, has blamed the rising cases of infant mortality in Rivers State and the Niger Delta on the prevalence of hydrocarbon soot, which has ravaged the state in the last few years.

To this end, the Club has announced plans to carryout sustained campaigns and awareness programs, for a drastic action for the protection of human lives, particularly the infant.

Charter President of Rotary Club Eco, Emem Okon, said ending air pollution in Rivers State and the Niger Delta must be everyone’s business, because no one wa safe from the negative impact of soot on the human body.

Okon spoke at the Club’s weekly meeting in Port Harcourt, which had the topic, Soot and Infant Mortality.

“The main objectives of focusing our topic on Soot and Infant Mortality is for us to see the risk for the next generation. If it has such impact what future are we leaving for our children.

“What are we doing to ensure everyone does not go extinct, then there are no lives to continue. So he has brought out the risk for infants and everbody. Its the concern drastic action should be taken to peotect everybody, particularly the infant.

Earlier, a Public Health Physician and Environmental Advocate, Dr. Bieye Briggs, explained that wearing of nose mask was not enough, as the soot partiicle was as tiny as 2micrometer and can easily penetrate the mask.

Briggs disclosed that the impact of soot I’m the human body was so bad that there has been new cases of asthma from previously non-asthmatic patients, as a result prolong inhalation of soot polluted air.

He identified some of the sources of soot to include artisanal refineries, gas flaring by multinationals, burning of tyres, emissions from cars etc.

“Even if soot stops today in Port Harcourt, cancer and other respiratory health risk is inevitable in the next ten years, among residents of this region.

The Public Health Physician advised pregnant women to relocate to a less polluted environment for the safety of their unborn babies.

Other advice include, “Drink lots of water, take vitamin C and other multivitamins to help detoxify the system. Pregnant women should register early for antenatal care and relocate to less polluted environment,” the Doctor said.

Rotary Club of Port Harcourt Eco also added that as part of its campaigns, the Club will be calling on the government and the oil operators to take measures towards ending gas flaring, and also for government to be more rigid on the penalties for gas flare.

“The campaign is to create awareness about the dangers of soot. The awareness will also have to include advocacy for those who are responsible for this soot.

“Particularly the security agencies who seized illegal products and set them ablaze. Our campaign is condeming such action because they endanger the health of the people including their own health, because everyone is exposed to it.

“The campaign will also be around the little actions we can take to protect ourselves,” Emem Okon said.