HYPREP in final stage for selection of firms for Ogoni cleanup 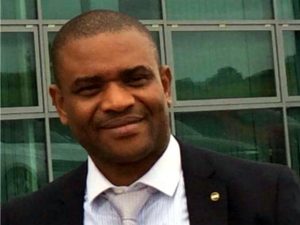 26 September 2018, Sweetcrude, Port Harcourt — The Hydrocarbon Pollution Remediation Project, HYPREP, has begun the last round of selection of pre-qualified companies to carry out the implementation of the UNEP cleanup of oil-impacted sites in Ogoniland.

This comes barely two weeks after the agency had announced that 183 out of 400 firms have been pre-qualified for the next round of bid which, it said, was the commercial and technical session.

Speaking at the event to mark the opening of the technical and commercial bid in Port Harcourt, the Project Coordinator of HYPREP, Dr. Marvin Dekil, said 21 firms with the best technology and competence would be selected in a tight, competitive and transparent process.

Dekil, who described the final selection phase as milestone in the federal government commitment to the project, reiterated that the actual commencement of the clean up exercise would not exceed the end of the last quarter of the year.

“We started with initial advert were received submission from 400 companies, we prequalified 183 companies. The 183 companies are here today and we are doing further screening of these 183 companies by commercial and technical assessment of their capabilities.

“So what’s happening here today is the opening of their bids they submitted to show their competence. By commercial, that is the financial and technical capability to do the job. We will further set up a team to reassess what they are doing, according to the public procurement act.

“The exercise today is the beginning of the last phase   of the activities that we need to do to select the competent companies that will be deployed to site in compliance with the public procurement act,” he said.

Dekil, further stated that the focus of HYPREP was on getting the processes for the activities right.

“The processes are so transparent that the companies that will come out are the companies with the best technology, capability and viability in carrying out the job.

“We have 21 sites to clean, so at the end of the day we will have 21 companies handling the 21 sites. We have a very tight and competent process. That a company did not make it to the 21 does not mean that company was not competent, it’s just that the process is very competitive and we have to give it to the very best.

“This project is a technical one, the capacity to do this job will have to come from the scientific industry.”

Also, the Senior Special Technical Assistant to Minister of State Environment, Dr. lshayaku Mohammed, assured that the Process for the last round of selection would be transparent and devoid of bias.

Mohammed who represented the Minister of States for Environment, Mr. Ibrahim Jibril, disclosed that the success of the Ogoni cleanup Project would be the beginning of atonement of the Niger Delta region for the endless years of environmental degradation and neglect.

“I concur with everything that the Project Coordinator has said. In addition, the conclusion of this process will lead to the actual implementation of the UNEP report  as customized to meet the needs of Ogoniland.

“I urged the participants to see themselves as participating in a history making event, because what we are embarking on is something that has not been done anywhere else in the world.

“It is not just remediation, but cleaning up and restoration of the devastated lands in Ogoniland. And the success will ensure that the entire Niger Delta region is covered, and that is the beginning of the process of atonement for years of degradation and neglect and hopefully the commencement of healing and a catalyst for prosperity for the entire country. As anything happening in the Niger Delta has a direct impact on every other part of the country.”