I was not billed for Washington investment meeting – Fayemi to Sanusi 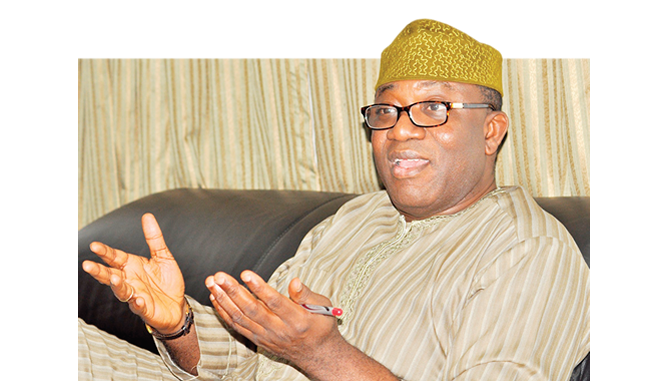 24 April 2018, Sweetcrude, Lagos — The Minister of Mines and Steel, Kayode Fayemi, has responded to an accusation that he shunned a Washington investment meeting levelled against him by the Emir of Kano, Sanusi Lamido Sanusi, saying he was not billed to attend the meeting.

A statement signed by his Special Assistant, Yinka Oyebode, disclosed that Fayemi did not ignore the Investment Forum organised by the Nigerian Embassy in Washington on Saturday, adding that he never confirmed his attendance.

Sanusi, after the meeting on Saturday, called out the vice president, Yemi Osinbajo, and some ministers for failure to attend the forum, adding that those who attended showed up late.

“We had a meeting today with investors, we were supposed to start at 10.00 am, I got there early and I was taken to the Nigerian ambassador’s office to sit down,” he said.

“The investors were outside waiting for the meeting; that is not how to attract investors.

“The U.S Commerce Secretary and some top investors came for the meeting but Nigerian ministers who were in Washington did not attend the meeting to speak with them on how to invest in Nigeria.”

However, Fayemi claimed he was busy attending other investment meetings.

“Dr. Fayemi did not confirm attendance at any investment forum in Washington DC, USA, hence cannot be accused of shunning the event,” the statement said.

“As a matter of fact, the minister and a few of his colleagues, during the said period, were attending some investment forum organised by the Nigeria Investment Promotion Commission (NIPC) on the sidelines of the Commonwealth Head of Government Meeting (CHOGM), in London, UK.

“There have been instances where names of ministers and top government officials were announced as participants in some events without proper invitation and confirmation of attendance. This is certainly the case with the Washington event.

“So, to suggest that Dr. Fayemi was in Washington and chose not to attend the event could not have been an accurate account of what transpired. He was certainly nowhere near America and the organisers cannot say he confirmed to be at the event.

“Organisers of important events should not always assume they have put the necessary steps in place when they simply have not taken the pain to invite and also confirm attendance at an event,” the statement said.