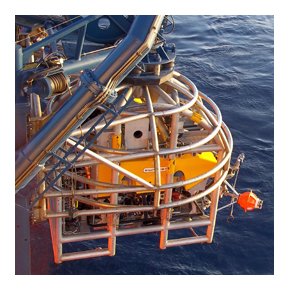 Abuja — Integrated Data Services Limited, IDSL, the geological and geophysical subsidiary of the Nigerian National Petroleum Corporation, NNPC, yesterday, said it is aggressively boosting its seismic data acquisition technologies and capacities to handle 90 percent of all seismic exploration projects in the country.

In a statement by the NNPC in Abuja, the IDSL said the decision to boost its data acquisition capacity was with a view to supporting the Federal government aspiration of growing the national reserves base to 40 billion barrels.

Managing Director of the IDSL, Engr. Morrison Tariah stated that IDSL was in strategic partnership with BGP of China to capture 90 percent data acquisition market share in Nigeria and other sub-regions in Africa.

He disclosed that the company had 34 young IDSL engineers on board the four Shell offshore seismic projects and also eight of his other engineers in Beijing, China for a year, all undergoing training to boost their capacity.

Tariah explained that at the moment, the IDSL was handling six major data acquisition projects in the Benue, Nasarawa, Plateau, Bauchi State and two in the Niger Delta region, stressing that substantial progress had been recorded in the Kolmani River II Well exploration activities.

“Currently, we have leveraged on a very strategic partnership to grow our business. We have six major data acquisition projects, there are four in the Benue Trough, one in the heart of Niger Delta and one offshore.

“We are currently acquiring data for three Oil Ming Licenses for Shell Petroleum Development Company (SPDC) and the project is to be completed in November this year. This is one of the IDSL signature projects,” Tariah revealed.

He said that IDSL had deployed the Ocean Bottom Nodal System technology (OBN) in the data acquisition and exploration activities of the three Oil Mining Licenses (OML) owned by Shell, saying that the project was a signature project for the company which would go a long way to further shore up its profit margin.

Tariah stated that ExxonMobil Nigeria Unlimited was already negotiating with IDSL to deploy similar technology on their two OMLs, adding that Ocean Bottom Nodal seismic technology was the latest, most cost-efficient and easy to operate fully integrated seismic solution.

The IDSL helmsman noted that the target was that by 2020, IDSL would be well repositioned to stand alone as a marine seismic data acquisition company, projecting that by next year the company should be able to own its own vessel to operate independently.

He noted that IDSL had excelled in the area of seismic data acquisition, exploration, data management, reservoir engineering, and processing, both locally and internationally, with the company providing services for some outfits in Ghana and Columbia, South America.

He stated that as a geological service company, the Information Technology system of the company had been boosted with the introduction of six major projects, explaining that as at today, the company had links with all her external projects for effective coordination.

Tariah revealed that as a socially responsible company, IDSL had put in place several community development projects such as lock-up stores in Oko Community, drilled several boreholes, distributed business starter packs, such as sewing machines, hair-dressing machines and grounding machines to so many people in IDSL host communities.