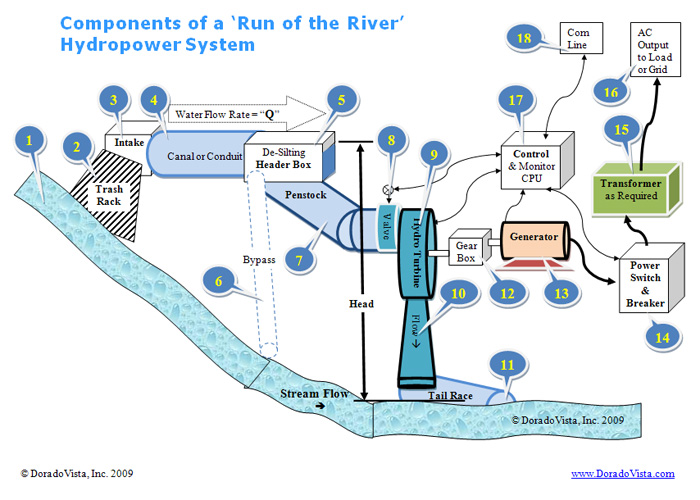 Lagos — Hydropower takes years to install and it can drown vegetation creating years of methane, a potent greenhouse gas. Dams have burst in three countries recently. Fortunately, many better options are available or emerging.

The strong trend now is to making electricity where you need it, from your solar watch to your village microgrid. Both are evidence of another trend which is the ability to move your zero-emission electricity generation.

Hydropower can literally become a stranded asset. For example, African nations could face devastating blackouts as rising temperatures dry up their hydropower dams.

Based on recent years in which extremely dry conditions saw electricity drop off in large areas, a new report by climate scientists has warned that the trend for dam construction is misguided, particularly in a country with ample sunshine and plummeting costs of photovoltaic panels. In Uganda, they even make buses that get much of their range from solar roofing.

Solar is becoming so affordable that excess panels can be installed to give adequate electricity even during the evening, reducing the amount of battery storage needed.

Unwisely, countries in southern and eastern Africa are due to more than double their hydropower capacity by 2030.

Scientists warn that current efforts to mobilise the region’s vast hydroelectric potential will face challenges while urging regional governments to launch their own investigations into these potential risks.

Raghu Das CEO of analysts IDTechEx contrasts that saying “Ghana has ordered 100MW of the new ocean wave power, minimally intermittent, taking no prime agricultural land with no risk to humans. Others now use wave power for desalination. Tidal power without concrete infrastructure is now looking good and it is even being proven in the flow of large rivers with almost instant installation: no dams. These are 1MW “propellers” folded out under boats and others simply dropped on the sea floor. GE has joined Atlantis on one such project.” See the IDTechEx report, “Wave, Tidal and Hydro Power 1W-10MW 2018-2038”.

Following behind is electricity from tethered drones rising to where the wind is almost continuous and even stronger at night when solar is dead. See IDTechEx report, “Airborne Wind Energy 2019-2039”.

Raghu Das adds, “First 30kW units have been sold to farmers in Norway and 1MW units are being developed. Shell recently joined a google sister company in one such project in the USA. Delightfully, cheap solar with battery storage and all the above options are zero emission and can be incrementally expanded to meet a need or shut down and rapidly removed to the other side of the world if necessary. Try that with a hydro dam.”

The new multiple zero-emission sources in one transportable microgrid are one topic covered in the IDTechEx reports, “Zero Emission Transportable Gensets 2019-2039” and “Desalination: Off-Grid Zero Emission 2018-2028”

“Unpredictable changes in water availability clearly pose significant risks to the viability of hydropower plants, as well as the electricity security of the countries,” says Professor Declan Conway from the Grantham Research Institute on Climate Change and the Environment. He observes that a single widespread drought could disrupt many countries at the same time, including those countries, such as South Africa, that are connected to the regional power pool but do not have many hydropower dams of their own. Many of the dams currently being planned will be located in the very same river basins that have been worst affected by drought in recent years. Time to think again.