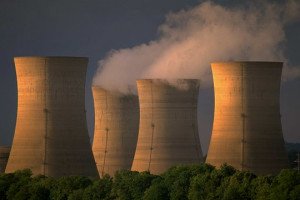 *The cooling towers of the nuclear power plant at Three Mile Island, near Harrisburg, Pennsylvania.

Agneta Rising, Director General of World Nuclear Association commented, “Nuclear will have an important role supplying clean, reliable electricity that is delivered 24/7 so that people can meet their needs and aspirations without harming the environment.”

The WEO-2017 Sustainable Development Scenario examines what it would take to achieve the main energy-related components of the “2030 Agenda for Sustainable Development” adopted in 2015 by member states of the United Nations. The three energy-related goals are: to achieve universal energy access to modern energy by 2030; to take urgent action to combat climate change; and to dramatically reduce the pollutant emissions that cause poor air quality. The scenario sets out policy priorities needed to achieve these goals, including increased support to low-carbon technologies such as nuclear, RD&D on innovative technologies and support to innovative market designs.

The global nuclear industry has set the target to supply 25% of the world’s electricity demand by 2050, which would require a tripling of nuclear generation from its current level.

Agneta Rising said, “We have set this goal because the nuclear industry is ready to deliver more as electricity demand could be higher than expected and other low carbon sources might not meet the projections.”

Rising continued, “We agree with the IEA that there would need to be increased support for low carbon sources such as nuclear and innovative market designs if the aims of the Sustainable Development Scenario are to be met. We also agree there needs to be support for RD&D for innovative technologies. New technologies such as small modular reactors will mean nuclear energy can be used in more remote areas and in a broader range of applications, such as desalination and providing power for electric vehicles.”