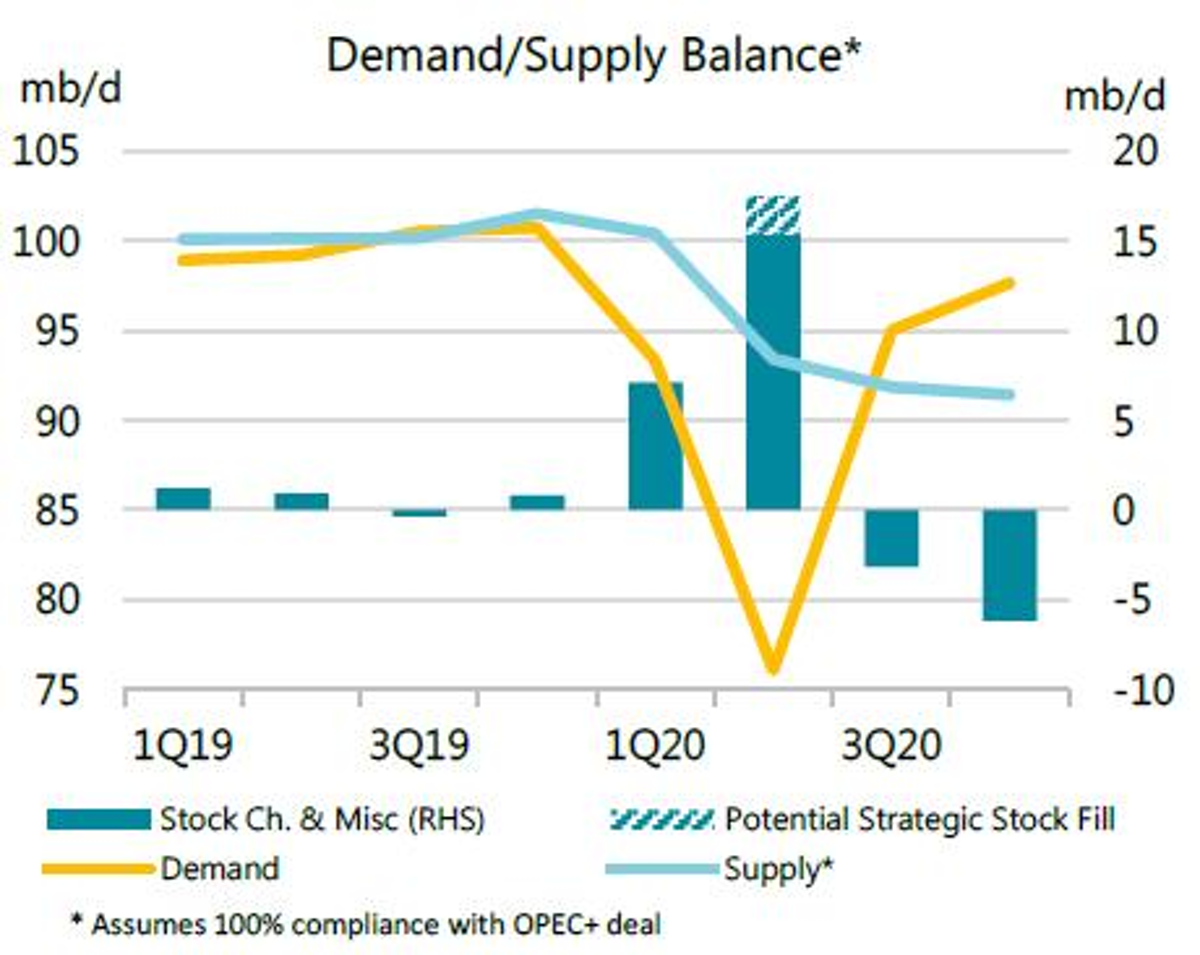 Lagos — Global oil supply is set to fall by a spectacular 12 million barrels per day in May to a nine-year low of 88 mb/d, as the OPEC+ agreement takes effect and production declines elsewhere, according to the International Energy Agency, IEA’s Oil Market Report for May 2020.

Some OPEC countries, e.g. Saudi Arabia, Kuwait, and the UAE have already recorded lower May production from record highs in April.
Led by the United States and Canada, April supplies from countries outside of the deal were already is 3 mb/d lower than at the start of the year.

On the supply side where market forces have demonstrated their power and shown that the pain of lower prices affects all producers, the Agency says it sees massive cuts in output from countries outside the OPEC+ agreement and faster than expected.

This group, led by the United States and Canada, saw output in April 3 mb/d lower than at the start of the year. In June, that drop could reach 4 mb/d, with perhaps more to come.

Now, the OPEC+ agreement has come into effect. Assuming full compliance, and factoring in declines in other countries, the Agency says it estimates a reduction in global supply in May of 12 mb/d, month on month.

For June, Saudi Arabia on Monday announced that it will reinforce the agreement by voluntarily cutting production by 1 mb/d more than required.

The UAE and Kuwait have followed suit with extra cuts of their own.

“This means that Saudi production in June will be an extraordinary 4.4 mb/d below April’s record level. By year-end, however, it is the United States that is the biggest contributor to global supply reductions compared with a year ago. US production could be 2.8 mb/d lower than at the end of 2019. For Saudi Arabia, the fall will be 0.9 mb/d assuming 100% compliance with the OPEC+ deal and that the extra voluntary cut applies only to June. OPEC+ producers will meet on 10 June to discuss the state of the market and the progress of the output agreement”.

“So, oil production is reacting in a big way to market forces and economic activity is beginning a gradual-but-fragile recovery”.

The biggest is whether governments can ease the lockdown measures without sparking a resurgence of Covid-19 outbreaks.
Another is whether a high level of compliance with the OPEC+ agreement will be achieved and maintained by all the major parties. These are big questions – and the answers IEA says it gets in the coming weeks will have major consequences for the oil market.