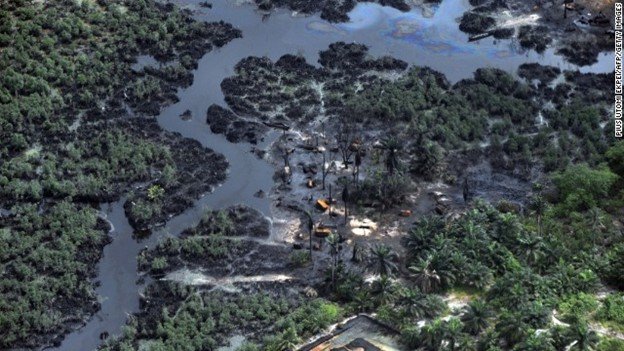 Port Harcourt — A group known as Gbaramatu Youth Council, has issued Chevron Nigeria Limited, CNL, a 24hour ultimatum to urgently conduct a JIV on the recent oil spill sites in the area, or have their operations in the area crippled.

President of GYC, Shadrach Ebikeme, said the group was giving the ultimatum due to CNL’s reluctance to carry out JIV, which was one of the points of reconciliation agreed upon at a meeting between the youths and the management of Chevron.

Ebikeme also accused non Ijaw people living in Gbaramatu kingdom of conniving with CNL to frustrate the peace process that the Ijaw youths agreed upon.

“There is an oil spill in Gbaramatu which occurred over two months ago which has ravaged the entire kingdom and Chevron Nigeria Limited is said to be responsible but they are avoiding the subject.

“They are saying that it is not their pipe that is causing the issue, contradicting the information we gathered which says it was caused by Chevron facility.

“Different meetings have been held and different publications has been made all to no avail. In fact, there was a protest as regards the oil spill which led to our mothers that were most affected protesting at the different flow-stations and shut them down hence, calling on Chevron to do clean up and JIV as well for over 14 days.

“On Monday, April 12th, 2021, there was a meeting in Asaba between the State Government, Chevron and our delegation. In that meeting we sent strong signals. I told them that Chevron is playing with our lives. People’s sources of livelihood have been affected.

“Chevron is playing with our lives and they concluded on conducting the JIV with the Itsekiris inclusive at the end of it all that meeting was inconclusive as the Itsekiris were constantly pressing to be included.

“So if Chevron is to run any JIV it has to be with the Gbaramatu people alone. It should be a Gbaramatu thing and no third party.

“So, in that meeting, I told them that, in few days from now, few hours from now, If Chevron Nigeria Limited fail to conduct the JIV with just the Gbaramatu people we will shut down their operations to the point even their excort boats will not pass this river.

“We will shut down all their operations including all other companies working under Chevron. We still beg the Delta State Government to do the needful. They step in, we air our views, we show them maps, distance has been seen. We are begging the State Government to tell Chevron to come and conduct the JIV.

“We, at the same time, are sending strong signals that if Chevron Nigeria Limited does not act urgently, we will shut down all their operations within 24 hours. This time, it is not going to be just women.”

Meanwhile, the Deputy Governor of Delta State, Barr. Kingsley Otuaro, has met with members of the Gbaramatu Youth Council, appealing to them to embrace peace, as the state government intervenes in the matter.