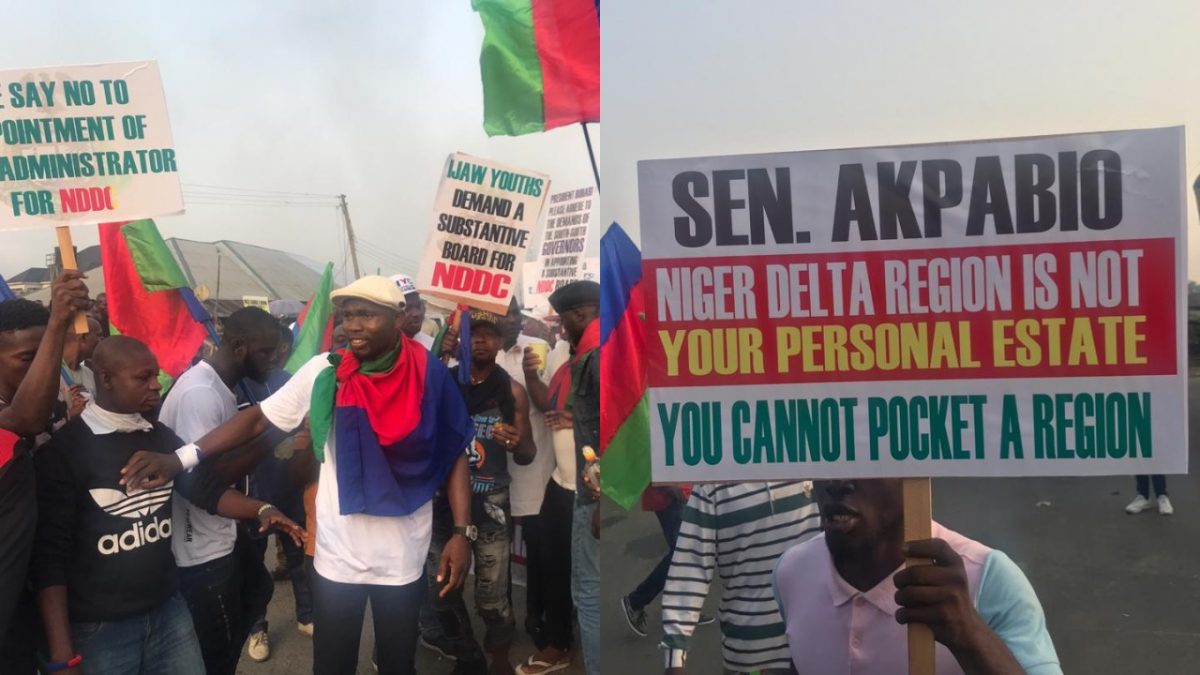 Port Harcourt — Ijaw youths on Tuesday shutdown operations of the Niger Delta Development Commission, NDDC, in Rivers State over appointment of a Special Assistant on Youth Affairs to the Interim Administrator of the Commission Mr. Effiong Akwa.

The protesters accused the NDDC boss of double speaking, following a purported appointment of the former President of Ijaw Youth Council, Udengs Eradiri, as his special assistant on youth in NDDC.

The youths said that Mr Effiong Akwa, against the earlier name he presented to the host community, Ibikalama, in December 2020, went behind to pick a different person for the same position.

The youths who blocked the main entrance of the permanent headquarters of Commission I’m Eastern Bypass Port Harcourt with placards, called on the Federal Government to inaugurate a substantive NDDC board without further delay.

Spokesman for the protesters, Godgift Lucky, accused the Interim Administrator for fomenting trouble where there was none, through doublespeaking on the purported appointment of a special assistant on youth in the Commission.

Lucky, who is also NDDC Host Community Youth Leader, said the NDDC boss had earlier announced one Mr. Jude Akpodubakaye as his new Special Assistant on Youth and Security Matters, in a meeting with the host community leaders in December last year.

He said the same NDDC boss went behind to purportedly present Mr. Udengs Eradiri, for the same position without the notice of the host communities, the action which according him, had triggered the protest.

Addressing the protesters, Mr. Ben Ogoriba, referred to as CSO, advised the youth leaders to rather thread with caution, as not to send wrong signals to the federal government being the host community to the NDDC headquarters.

Ogoriba assured them of the intervention of the Amayanabo of Okochiri, HRM King Ateke Tom, in the brewing crisis, advising them to put their demands in writing and present same to the Interim Administrator.

Also, Mr Jude Akpodubakaye, whose name was purportedly first presented to the host communities by the Interim Administrator as his Special Assistant on Youth and Security, promised to take up the issues with the relevant authority.

Akpodubakaye, who was the secretary to the Leader of the Movement for Emancipation of Niger Delta, MEND, General Ebikabo-owei, popularly known as Boyloaf, also appealed to the protesters to remain calm.