Ikarama community tells Shell to clean up its environment 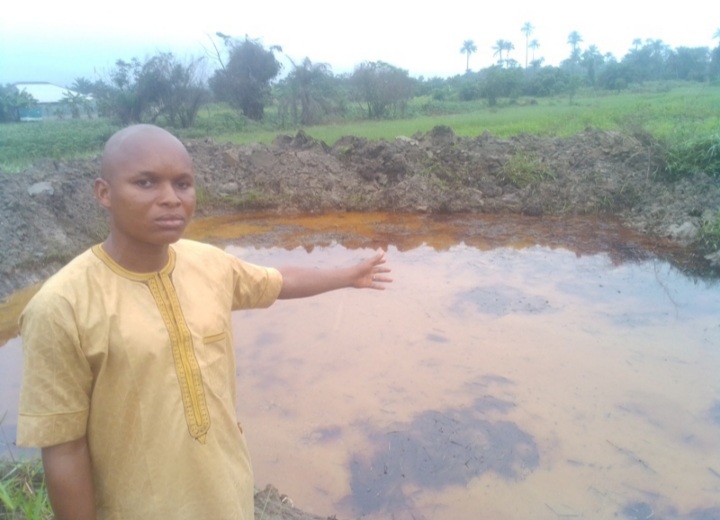 Port Harcourt — The people of Ikarama community in Yenagoa Local Government Area of Bayelsa State, have urged the Shell Petroleum Development Company of Nigeria Limited, to carry out a proper clean-up and remediation of their environment.

Youth President of Ikarama community, Mr Ziah Glitter, explained that since a blowout from SPDC’s Okordia manifold in the area on July 22nd, 2007, which over 50barrels of crude was spilt into the environment, as confirmed by NOSDRA in the JIV report, no cleanup has been done till date.

Glitter said just the same way the Dutch multinational was cleaning up Bodo community in Rivers State, the company should return to Ikarama and carry out proper cleanup and remediation, as there was heavy crude oil in the soil, hence hindering farming and other source of livelihoods.

He explained that since SPDC and the regulators came to inspect the polluted site in August 2021, up till now nothing has been done.

Narrating the predicament of the people, a former Youth President of Ikarama community, Mr Benjamin Warder, who tried to construct fishponds in March 2021 and April, 2022 and found crude oil oozing from the ground, said his efforts and resources in mobilizing equipment to site have been wasted.

“My thought was that by investing here I will be able to get something tomorrow and cater for my family. And I am not the only one in this situation. There are farmers and fisher folks who cannot make use of their farmlands and swamps anymore. This is Ekperikiri swamp. And there are other areas more impacted than this.

“So, the major call now is that Shell should come down and do proper cleanup and remediation; like they are doing in Ogoni land.

“The UNEP report recommendation should not be implemented only in Ogoniland but extended to other impacted Niger Delta communities like Ikarama community. That’s our major call and our major concern. Our people are impoverished, our people are down.

“As a youth, I don’t have a job. And if today I have sourced for money and invest for myself and I am seeing this; then what is my fate? That is why some youths in Niger Delta are carrying arms and going into illegal bunkering; because there is no job. So, if somebody like me who have sourced for funds to invest and getting such disappointment; what do you expect me to do?’’

Warder lamented that he dug five spots for his fish ponds, but heavy crude oil was found in three of the spots

“In March last year (2021) I brought an excavator to prepare a fish pond for me. What I saw was quite unfortunate. I saw crude oil coming out from the ground. I raise alarm by informing the Environmental Rights Action/ Friends of the Earth Nigeria.

“Thereafter NOSDRA, Shell and ERA came and some spots in this environment were dug. And it was very glaring that crude oil was coming out from the ground.

“As a community person, I felt that since even the multinational oil company has come here to witness crude oil coming out from the ground; we expected them to come back for another related visit; because they promised coming back to carry out soil test in the entire environment.

“The thinking was that after the follow up soil testing, the next line of action would take place, maybe proper remediation of the environment. But unfortunately, since August last year till now, nothing has been seen or heard about it from SPDC.

“That notwithstanding, I decided to try and invest again this year and brought an excavator on 26th April, 2022. And you know the heavy cost of bringing a Swamp buggie down here from Yenagoa; it is expensive. And when we excavated the one you are seeing behind me, what we saw was even worse than the one of 2021.’’

Also, an elder in Ikarama community, Mr. Dominion Ibator, lamented that the presence of crude oil in the environment was visible and its pungent smell permeates the environment when the heat of the sun is high.

However, the unfortunate situation has not prevented him from planting in the same environment. According to him, he had no option because land is scarce and he does not want to keep his surrounding bushy and untidy.