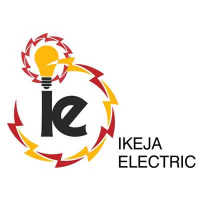 Speaking during the event in which the reward prizes were presented to the Energy 4 Life Customer Loyalty Reward Draw winners, Head, Corporate Communications, Felix Ofulue, explained that the gesture was in a bid to give back to its loyal customers and encourage them to continue to support the system by paying their bills as at when due.

“We are out to serve our customers better and to appreciate their efforts towards bill payment. This is the first of its kind in the power sector and we rewarded 25 customers with free 4,000 worth of energy for a year and a star price of the 4,000 but for four years was also issued to a customer,” he said.

The Chief Commercial Officer, Folake Soetan who was also present at the event said Ikeja Electric deeply values her customers and is constantly seeking ways to deliver innovative services and ensure customer satisfaction.

She thanked the winners for their loyal support of the company, noting that customers are the reason IE is in business.

Reacting to the reward, a retiree, Mrs. Ajibua Beatrice, a resident of Olutola street, Ojodu who won the price for a year lauded the company’s effort, saying “I am very excited with the reward and I want to advise the company to continue with its good work.”

Another winner Mrs. Ajibola Hafsat Mahmoud said she could not believe she had won when she received the call from Ikeja Electric.

The star prize winner Oloyede Isiaka expressed his joy at emerging the winner, stating that such a thing had never been done before.

He thanked Ikeja Electric for recognising customers who regularly keep up with their responsibility of paying their bills.

Ikeja Electric introduced the reward programme in November in commemoration of its 4th anniversary.

The programme was designed as a way of rewarding loyal customers who pay their bills regularly and encouraging others to do the same.