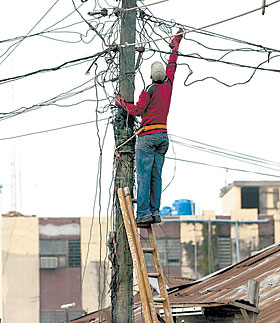 18 April 2018, Sweetcrude, Abuja – A bill in the House of Representatives has proposed six months imprisonment for any official of an electricity distribution company or Disco found guilty of illegally disconnecting a customer.

The bill also recommends same jail term for officials of the Disco for failure to provide a pre-paid meter for a client after 30 days of application.

The bill, which also seeks to criminalise the use of ‘estimated billing’ in the calculation of electricity consumed and to be paid for by consumers by Discos has passed first reading in the House.

The bill, which was sponsored by the House Leader, Mr. Femi Gbajabiamila, contains sections criminalising the arbitrary estimation of energy consumed by consumers who have not been supplied pre-paid meters by the electricity distribution companies.

Gbajabiamila said in a statement that the bill was necessitated by complaints from constituents across the country who felt regulations by the executive had failed to arrest the highhandedness of electricity distribution companies.