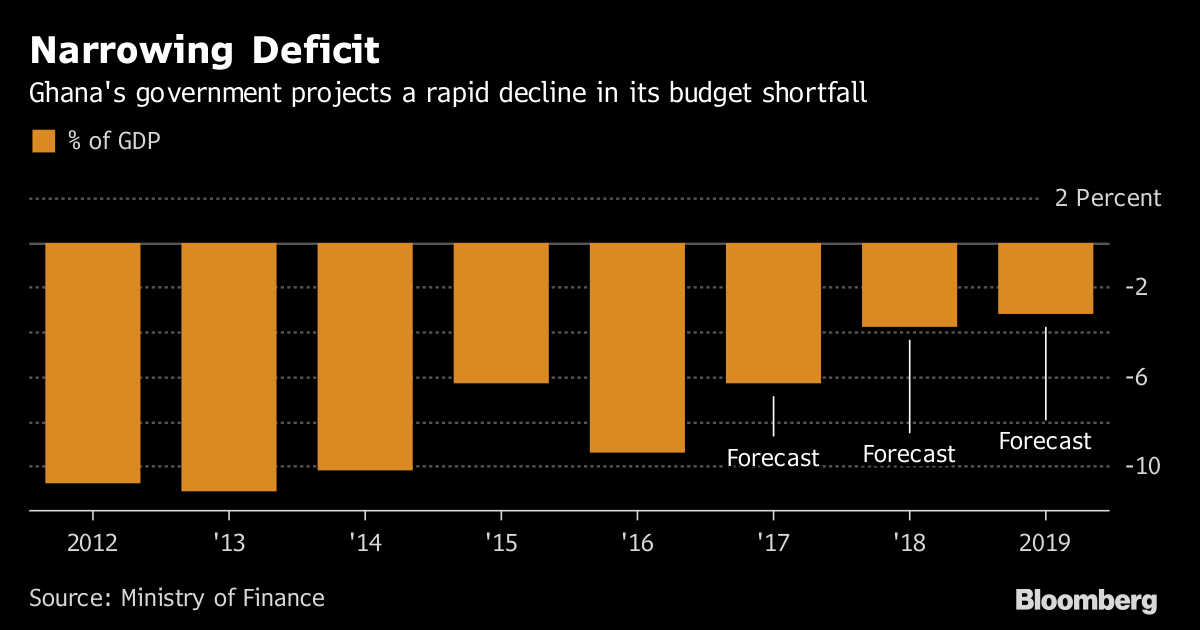 03 September 2017, Accra — The International Monetary Fund approved a one-year extension of its credit-facility program with Ghana, lengthening the lender’s economic oversight of the West African nation which is battling to keep spending under control. The country’s Eurobonds rallied.

The extension follows after the IMF completed a fourth review of an almost $1 billion assistance program with Ghana agreed to in April 2015, when chronic overspending and power cuts drained public finances and caused inflation to soar. Ghana’s budget deficit for 2016 was 9.3 percent of gross domestic product compared with an initial target of 5.3 percent under the IMF program while debt soared to 73.3 percent of the gross domestic product. The budget shortfall is forecast to narrow to 6.3 percent this year.

“The fund’s prolonged stay gives comfort to the market which was starting to get twitchy about the possibility of Ghana’s fiscal discipline post the IMF program,” Neville Mandimika, an analyst at FirstRand Ltd.’s Johannesburg-based Rand Merchant Bank unit, said in an emailed note on Thursday. Given Ghana’s “track record with expenditure overruns, life after the IMF program would have introduced significant risk premium to both the cedi and local bonds.”

The new government of President Nana Akufo-Addo, which came to power in January, have committed to fiscal discipline and reforms that will help Ghana to achieve higher economic growth, the Washington-based lender said in an emailed statement on Wednesday. Ghana’s economy expanded 3.5 percent in 2016, the slowest pace in 25 years, and growth will probably accelerate to 9.1 percent in 2018 as oil and gas production increase, according to the finance ministry.

Encouraging Steps
“The authorities have taken some encouraging steps and the economy is showing signs of recovery,” the fund said in its statement. “Ongoing fiscal consolidation and implementation of the medium-term debt management strategy will be key to further reducing domestic refinancing risks.”

The IMF will disburse $94.2 million to Ghana as part of the review, bringing to total payments so far under the program to about $565 million, the IMF said.

“The fund has been very lenient when Ghana failed to adhere to program objectives in the past, which suggests that there is no guarantee that Accra will in fact meet all the programme targets,” Cobus de Hart, a senior economist at NKC African Economics in Paarl, South Africa, said in an emailed note. “Then again, the steadfast commitment to deficit targets during the first half of the year, in addition to Accra now seemingly committing to the IMF program, reduces the likelihood of severe fiscal slippages this year.”