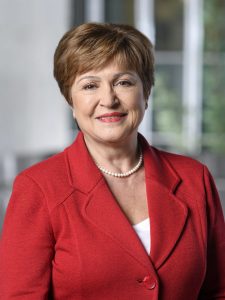 The IMF previously had estimated such costs at about $5.2 trillion in 2017.

“The good news is that global carbon emissions would fall by one-third — in line with keeping global warming to 1.5 degrees Celsius — if fossil fuel prices increase to fully reflect environmental and supply costs by 2025,” Georgieva said in prepared remarks to an energy summit on the sidelines of the United Nations General Assembly.