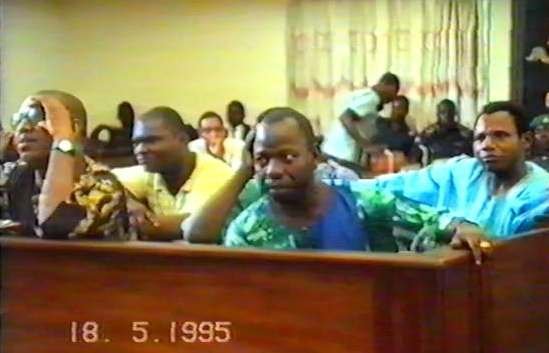 11 November 2017, Sweetcrude, Port Harcourt — In the spirit of National Healing and Reconciliation, the people of Ogoni in Rivers State have called on President Muhammadu Buhari, to start the process of exonerating the names of the nine Ogoni martyrs, Ken Saro-Wiwa and eight others, who were executed by the Federal Military Government of Nigeria in 1995.

The people of Ogoni also urged President Buhari to initiate the process of giving National Honour to the nine martyrs, adding that immortalizing the Ogoni heroes would perfect the quest for national healing and for the interest of justice.

Speaking in Port Harcourt at the Memorial Lecture to mark the 22nd Ogoni Martyrs Day Commemoration on Friday, the Movement for the Survival of Ogoni People, MOSOP, said the process of national healing and reconciliation will not be complete until the Nigerian Government clears the names of the Ogoni nine.

Speaking on the topic, “Centering Social Justice in Nigeria: Promoting Equality through Effective Participation and Inclusion of Indigenous Minorities the Case of the Ogoni People”, the President of MOSOP, Mr. Legborsi Pyagbara, expressed worries that all efforts by MOSOP and other relevant agencies to get the Federal Government to exonerate the nine Ogoni victims have proved abortive.

Pyagbara called on the Federal Government to give national honour and immortalize the nine Ogoni sons, adding that it would erase the blot on the nation’s conscience and prove that the present government shared in the pain of the Ogoni people.

“The United Nation’s fact-finding team which arrived Nigeria on April 1996 passed a verdict that the trial and execution of the Ogoni nine was unjust, unfair, partial and does not meet the requirements of both domestic and international Human Rights laws.

“MOSOP believes that the period of this commemoration provides the government of Nigeria with the opportunity to consummate the process of national healing and reconciliation with Ogoni people by formally clearing the names of the Ogoni nine of these wrongs and establish a national monument in their honour and memory.

“On this remembrance day, we are sending a strong note of appeal to the Muhammadu Buhari-led administration to set in motion the process for clearing the names of the Ogoni nine.”

For his part, the Resident Coordinator, United Nations Development Programme, UNDP in Nigeria, Dr. Edward Kallon, noted that the United Nations was interested in promoting environmental and human rights.

Also speaking, the Dean, Faculty of History and Diplomatic Studies, University of Port Harcourt, Prof Ben Naanen, expressed worries that despite the huge oil deposit in the Ogoniland, the people of Ogoni were still being marginalized and neglected.

Prof. Naanen speaking on the topic, “The Ogoni Struggle: Ruminations and the Future Unfold” noted that no nation can survive without justice.

According to him, “Ogoni people are suffering marginalisation; they are excluded from enjoying the benefit of oil, instead what the people saw was only pollution.

“That was not justice and not equity, ” Naanen said.