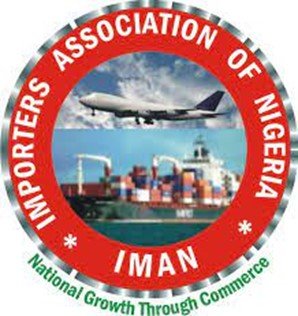 Lagos — The Special Taskforce of Importers Association of Nigeria, IMAN, has raised alarm over the arrest of some of its officials and members in Lagos State.

The Director General of the IMAN Special Taskforce, Ambassador Chijioke Okoro who spoke with newsmen in Abuja, said that the arrest of its members was a ploy to protect the interest of some illegal importers specialized in the importation of banned and illegal substances into the country.

He noted that there has been an unfortunate misunderstanding between its operatives and officers of the Lagos State Police command.

He said that these issues had already attracted the attention of the Inspector General of Police, who has directed proper investigation into the unlawful arrest of IMAN Special Taskforce operatives.

According to him, “The IMAN Special Taskforce was inaugurated by the President Yar’Adua administration and has been operating legally with full backing of Nigeria’s security agencies.

“In a recent video made public by the Punch, the Lagos State Police command had paraded some operatives of the IMAN Special Taskforce, who they claimed were illegally operating at the Lagos ports”.

Okoro added that there was an alleged importation of a banned substance into the country, by an importer, after which its operatives swung into action to intercept the container laden with the banned substances.

He said: “Having impounded the container, and while waiting for further security directives, the operatives were surprisingly arrested by men of the Lagos State police command, and paraded before members of the press. Some unscrupulous individuals allegedly influenced the arrest.

“Even after the arrest, the IMAN special task force approached the courts for bail of its operatives. Having gotten judgment in its favor, the court issued an order for the IMAN Special Taskforce operatives to be given bail, an order that was serially, flagrantly disobeyed by the Lagos State police command.

“However, the operatives were recently released after the CP Lagos State was charged for contempt of court.”

He called for urgent and unhindered investigation into the arrest and unnecessary public ridicule of its men, while insisting that he has written to the office of the Inspector General of Police, and the office of the National Security Adviser, and has gotten due clearance that the issues would be investigated.

He further stated that the DSS has been notified of the unwarranted intrusion in IMAN’s duties.

He urged the Nigeria Customs Service to play its role justly and fairly, without connivance with illegal importers, which they as IMAN Special Taskforce also have a mandate to checkmate.

He further stressed that there is a court order stopping every security agency from interrupting their activities, as their role is to support the government to grow the economy by ensuring their members import genuinely.

Okoro, called on Nigerians to support and encourage the IMAN task force so as to tackle the decadence plaguing Nigeria’s security system, through the importation of arms and light weapons.

Speaking in the same vein, the Secretary General of the IMAN special taskforce, Alhaji. Aliyu Yar’Adua, said that: “Unemployment has been the major bane of our country, and so the necessity to move Nigeria to greater heights is indispensable through checkmating importers taking undue advantage of the economy”.

He insisted that the IMAN Special Taskforce is an institution recognized by the Federal Government of Nigeria, whose ultimate goals are hinged on honesty and transparency.

He added that their doors are open for everyone to join its fold to ensure that smugglers are brought to book.