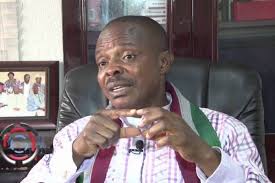 Port Harcourt — The National Union of Electricity Employees, NUEE, has charged electricity distribution companies to increase the salary scale of electricity workers, to meet up with the prevailing economic situation in the country.

National President of NUEE, Com. Joe Ajaero, gave the charge during the official signing of condition of service and procedural agreement between the Port Harcourt Electricity Distribution Company, PHED and NUEE in Port Harcourt.

Ajaero, who is also the Deputy President of the Nigerian Labour Congress, NLC, urged the managemeent of PHED to take the bull by the horn, by being the first Disco that will change the salary scale of electricity workers.

He explained that the salary scale used by Discos in the country was no longer realistic, owing to the prevailing economic situation such as foreign exchange rate, fuel price and electricity tariff increments

The NUEE helmsman also urged the management of PHED to rejig her industrial relations department to ensure its captures the new realities of the moment.

“The salary scale that has been there since seven years ago is no longer realistic. Salaries cannot be static, you cannot have a system without human resources, because the human resources operates the system.

“You cannot increase electricity tariff and workers in the sector are still underpaid, because they (workers) are also your customers. They buy fuel and pay bills.

“You cannot have a cost-reflective tariff that and captures the cost of fuel, diesel, gas, cost of changing transformers and yet doesn’t capture the cost of salary increase, such system cannot work. Because when these transformers are bought, it cannot be operated by itself, it must take the workers to operate it.

“So when the Discos are doing the so-called cost-reflective tariff, they have to factored in the human element, which is salary to workers and the need for it to improve and not just emphasizing on system, whereas it is the workers that operate the system.

“Please no matter how small, just increase their salaries because motivation is important. If you have highly motivated workforce, productivity will be high.”

Ajaero further explained that the rules of engagement, the do’s and don’ts in the industrial relations tripod for both parties, are clearly stated in the procedural agreement signed between the union and the management of PHEDC.

The NUEE boss disclosed that PHED was the last Disco to signed the collective bargaining agreement with NUEE, since the power sector was privatized in 2013.

He added that it was not an interesting fact that while other Discos were now reviewing their procedural agreement, PHED was just starting it.