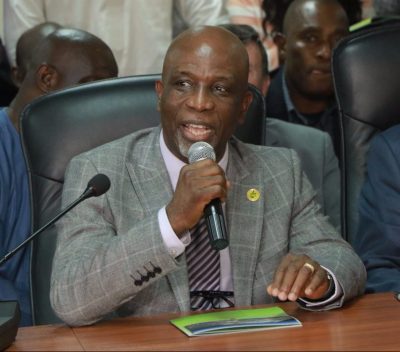 11 March 2018, Sweetcrude, Abuja — President of the Nigerian Gas Association, Mr. Dada Thomas, has stated that providing the needed incentives and passing the petroleum fiscal bill, as well as other versions of the Petroleum Industry Bill at the National Assembly, would help improve Nigeria’s gas fortunes.

Speaking at an oil and gas forum in Abuja, Thomas stated that the gas sector would become viable and bankable if the Federal Government provides the necessary incentives to operators and other stakeholders along the gas value chain.

According to him, this included an end to the government’s mindset that considers gas as a tax-revenue earner rather an economic enabler.

He noted that the other components of the PIB yet to be passed by the National Assembly needed to be accelerated, as the delay was sustaining the uncertainties in the industry.

He explained that the PIB was critical to addressing issues affecting the development of the gas sector in the country.

“If we are going to get the revolution we want gas to provide for this country, I think that we have got to change the mindset on the way we think of gas. When you look at the way gas has been treated in the past, gas has been treated as a source of tax revenue for the government.

“Government needs to think differently and should see gas as an enabler for the economy and therefore the revenue that the government is looking for will come from a larger economic pie rather than taxing gas.”

He said operators were concerned about some fiscal issues but were happy that the government was engaging the industry.

“We need incentives to make the gas business a good business, as a standalone business”, he added.

While calling for a consensus on the price of gas that is acceptable to both buyers and sellers, he pointed out that a system of willing buyers and willing sellers needs to be put in place.

“If you talk to upstream gas producers, generally we moan saying that gas pricing is too low if you talk to gas buyers in Lagos who are paying $7 for gas, they complain that gas prices are too high. Somehow, we got to come to a consensus on the problem”, he stated.

Avuru noted that government needs to stop treating the region as a problem that needs to be solved and start building a good relationship with the people.

He said, “If you drive from Warri to Port Harcourt or from Warri to Benin, that whole region is like a captured region. And over the past 40 years, so much anxiety has been created in the populace. Everywhere you look there is the threat of the use of force”.

He said the government needs to build a strong relationship with the communities and a strong principle of a shared vision.