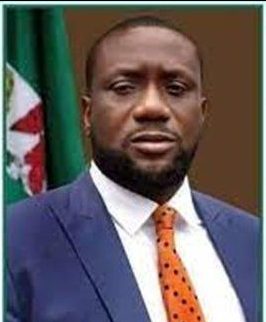 Port Harcourt — The Federal Government has been charged to increase revenue allocations to oil and gas producing local government areas in the country.

The Chairman of Akuku-Toru Local Government Area in Rivers State, Rowland Sekibo, who gave the charge, said it was unreasonable for a Council which contributes much to the country’s economy, to earn very little allocation.

Sekibo spoke when participants of the Senior Executive Course 43, of 2021 from the National Institute for Policy and Strategic Studies, Kuru took a study tour to Abonnema, recently.

“For a Local Government Area that produces so much oil and gas, I don’t see why we shouldn’t get much. We are appealing to the Federal Government to look into the revenue allocation to the LGAs.

“Even within Rivers State, we are number 17 out of 23 LGAs, in terms of revenue and I don’t understand why. We have argued this issue in several fora and it’s still not clear to me, why it should be so.

“I don’t see why people who produce the oil and gas should get so little, while others who because of their terrain, are privileged to export the oil and gas resources are getting so much.”

The Council boss also appealed to the Federal Government to restore and upgrade the Abonnema seaport, to boost economic activities and create employment in the state.

Also, the Amayanabo of Abonnema, King Disreal Gbobo Bobmanuel, called on oil multinationals to give needed support to the area.