Lagos — India is set to register the second highest liquified natural gas (LNG) regasification capacity additions in Asia between 2022 and 2026, accounting for about 21% of the region’s total capacity additions by 2026, says GlobalData, a leading data and analytics company. 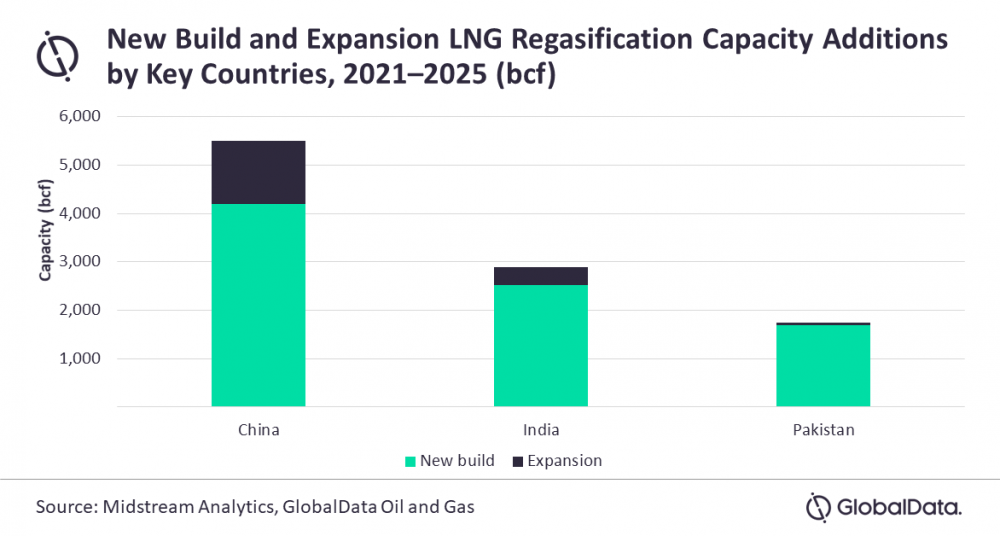 GlobalData’s report, “LNG Industry (Liquefaction and Regasification) Capacity and Capital Expenditure (CapEx) Forecast by Region and Countries, All Active Plants, Planned and Announced Projects, 2022-2026”, reveals that India is likely to witness total LNG regasification capacity additions of 4,174 billion cubic feet (bcf) by 2026. Out of this, 3,589 bcf of capacity is likely to come from the new build terminals, while the remaining is from the expansion of the existing regasification terminals.

Himani Pant Pandey, Oil and Gas Analyst at GlobalData, comments: “In India, a significant part of the capacity additions will be through new build projects with the announced Jaigarh Port terminal being the largest among them with a capacity of 390 bcf. To be operated by H-Energy, the terminal is expected to become operational in 2025.”

The second largest contributor among the new build projects in the country is the Kakinada GBS Floating terminal, which is likely to add a capacity of 351 bcf by 2024. The Crown LNG India AS is the operator of the announced regasification terminal.

With a capacity of 244 bcf, the Hazira Expansion regasification terminal will be the biggest contributor to India’s LNG regasification capacity additions among the expansion projects. It is expected to come online by 2025.