Evergreen
Home Other News India delays plan to roll out 10,000 electric cars to 2019 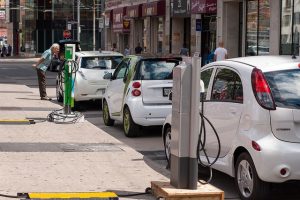 30 May 2018, Sweetcrude, Houston, Texas – India has pushed back a deadline to put thousands of battery-driven cars on the road by nearly a year, in a setback to its ambitions of having electric vehicles comprise about a third of its fleet by 2030.

State-owned Energy Efficiency Services Ltd., which is responsible for procuring electric cars to replace the petrol and diesel vehicles used by government officials, will roll out the first 10,000 vehicles by March 2019, Saurabh Kumar, the agency’s managing director said. EESL issued its first tender for 10,000 cars in September. It planned to roll out 500 cars by November and the rest by June.

“The need for building more charging points for 10,000 electric cars and states being slow in taking deliveries are the reasons for the delay,” Kumar said in a phone interview. There are about 150 cars in the capital New Delhi and about 100 in southern Andhra Pradesh state and other provinces as of now, Kumar said. Of the about 200 charging stations built for these cars, over 100 are in Delhi.

Prime Minister Narendra Modi’s administration is aiming to have more than30 percent of vehicles run on electricity by 2030 in a bid to lower air pollution and curb reliance on fossil fuels. Cheap fossil fuel-driven cars and an absence of state subsidies for electric vehicles make purchases by the government and companies critical for EV sales, according to BNEF, which expects EVs to comprise about 7 percent of sales in India by 2030.

“These tenders are the largest drivers for EV demand” during the next three to five years, according to Allen Tom Abraham, a BNEF analyst in New Delhi. “If these large procurement programs falter, auto-makers would prolong any plans they have to introduce mass market EVs in India.”