India raises cost of refinery project with Aramco by 36% – sources 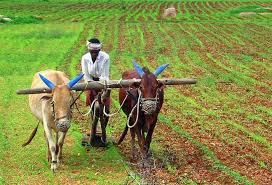 NEW DELHI/DUBAI — India has increased the cost estimate of a giant refinery and petrochemical project to be jointly built with Saudi Aramco and Abu Dhabi National Oil Co by more than 36%, after protests by farmers forced the relocation of the plant, four sources said.

The 1.2 million barrels-per-day (bpd) coastal refinery in the western state of Maharashtra is now expected to be built at Roha in the Raigad district, about 100 km (62 miles) south of Mumbai.

The new cost estimate of $60 billion for the refinery was given to Saudi Arabia’s energy minister Khalid al-Falih at a meeting with Indian Oil Minister Dharmendra Pradhan last month in New Delhi, said the four sources familiar with the talks between the two ministers.

“The $60 billion is a preliminary estimate that was told to Saudi Arabia. The final number will be decided on the basis of a detailed feasibility study,” said a source present at the meeting.

The project cost at the signing of a deal with Saudi Aramco in 2018 was pegged at $44 billion. The four sources requested anonymity because of the sensitivity of the matter.

Despite the cost expansion, the project is still expected to be commissioned in 2025, the sources said. Global oil producers are vying to gain entry into India to establish a stable outlet for their output and to earn profit from the South Asian nation’s strong gasoline and petrochemical demand prospects due to the rising disposable income of its 1.3 billion population.

The world’s third-largest crude oil importer aims to raise its refining capacity by 77% to 8.8 million bpd by 2030.

The state government suspended land acquisition at the previous site in Ratnagiri – about 400 km south of Mumbai – after thousands of farmers refused to surrender their land, fearing the project could damage a region famed for its Alphonso mangoes, cashew plantations and fishing hamlets that boast bountiful catches.

“It is a huge escalation in cost. But since the project is of a mega-scale, we expect the investment to be staggered,” said Sri Paravaikkarasu, director at Singapore-based consultancy FGE, adding that her firm was doubtful the 2025 timeline of the project would be met.

The sources said the cost escalation is mainly due to the delay in land acquisition for the project and that all calculations need to be reworked.

Saudi Aramco and ADNOC hold the remaining half. B. Ashok, chief executive of RRPCL, declined comment on the increased cost estimate, and there was no immediate response from India’s national oil ministry.

Saudi Arabia’s Energy Ministry and Saudi Aramco also did not respond to a Reuters request for comment.

The Maharashtra state government has promised that land at the new site would be acquired by end-December.

A consortium led by Russia’s Rosneft acquired a controlling stake in Nayara Energy in 2017, illustrating the interest in India refining sector.

Saudi Aramco is also in talks to buy a minority stake in Reliance Industries’ refining, marketing and petrochemical business, and analysts say any further delay in land acquisition may force it to take a harder look at the private Indian refiner’s assets.

Investment in a new west coast refinery is a better option as this would give Aramco more say in the operation and configuration of the project, said Paravaikkarasu.

“But if land acquisition is not completed within this year, then Reliance appears to be a better option as this is a running project and they can monetise the investment from day one.”