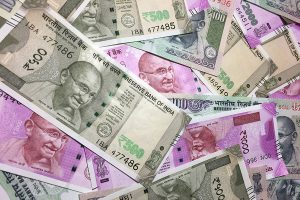 In May, US President Donald Trump withdrew from a 2015 nuclear accord with Iran and ordered the renewal of US sanctions. Some sanctions took effect from Aug. 6 while those affecting the oil and banking sectors will start from Nov. 4.

“We are bracing up for any eventuality we have to make a payment and we don’t want to default on making payments,” one of the sources said.

The sources said India has selected UCO Bank and IDBI Bank for facilitating payment to Iran.

The second source said after the United States announced it would re-impose sanctions in May, Iran has already received payments for some cargoes in rupees.

Reuters in June reported that India is looking to revive the its earlier rupee payment mechanism with Iran. During the previous sanctions regime, India adopted a barter-like scheme to buy oil from Iran while the Middle Eastern country used rupees to import goods from India.

“Previously we settled 45 percent of our trade in rupees this time it could be 100 percent. We have to mutually decide the number,” said the first source.

India, Iran’s top oil client after China, is still seeking some exemptions to the sanctions from the US though some refiners have already curtailed purchases because of insurance issues tied to the sanctions.