Lagos — India is set to dominate the Asian new-build and expansion refinery projects between 2022 to 2026, as the country is expected to account for 47% of the upcoming crude oil refinery projects starts in the region, driven by economic growth and rising consumption of oil, reveals GlobalData, a leading data and analytics company. 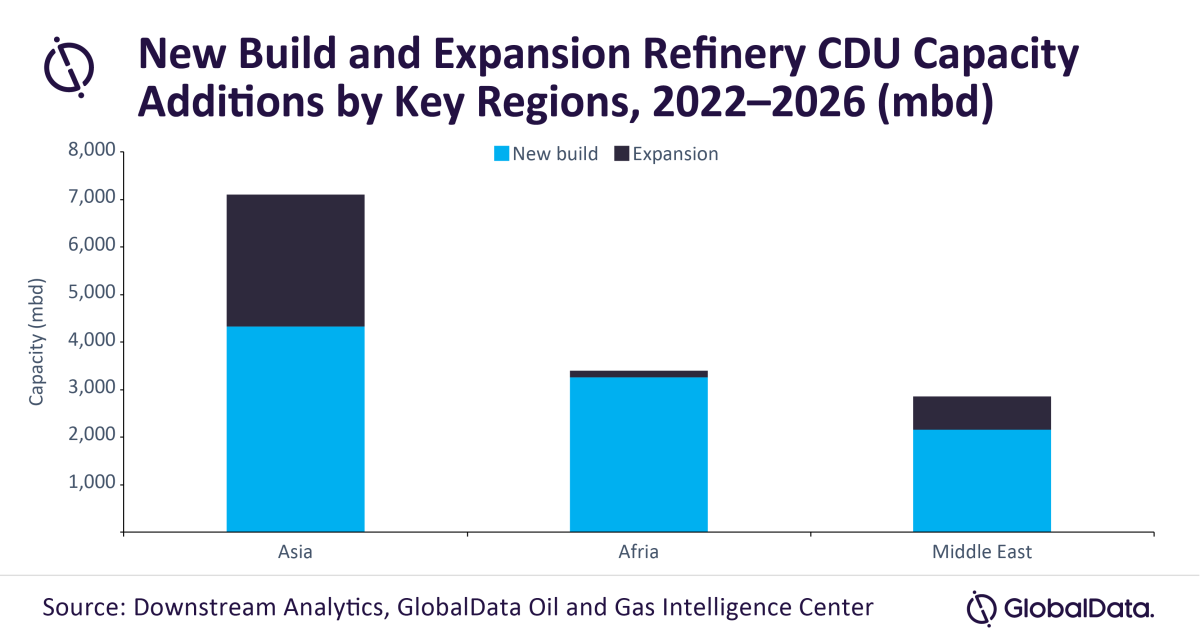 GlobalData’s latest report, ‘Crude Oil Refinery New-Build and Expansion Projects Analytics and Forecast by Project Type, Regions, Countries, Development Stage, and Cost 2022-2026’, reveals that 86 projects are expected to commence operations in India during the period. Out of these, two projects will be new-build while 84 represent expansions of existing projects.

In India, 45 upcoming refinery projects are in the approval stage and will likely start operations between 2022 and 2026. Construction and feasibility are the other major project stages with 21 and 19 projects, respectively.

Sudarshini Ennelli, Oil & Gas Analyst at GlobalData, comments: “India has emerged as one of the world’s largest consumers of both petrochemicals and petroleum products, and therefore continues to expand its refining capacity to meet this ever-growing demand.”

The Panipat CDU expansion project stands second with a refinery capacity of 200 mbd. Indian Oil Corp Ltd is the operator as well as 100% equity holder of this project, which is expected to start operations in 2024.