Lagos — India is expected to lead the global planned and announced trunk or transmission pipeline length additions projects among the countries between 2021 and 2025, contributing around 23% of global pipeline additions by 2025, says GlobalData, a leading data and analytics company. 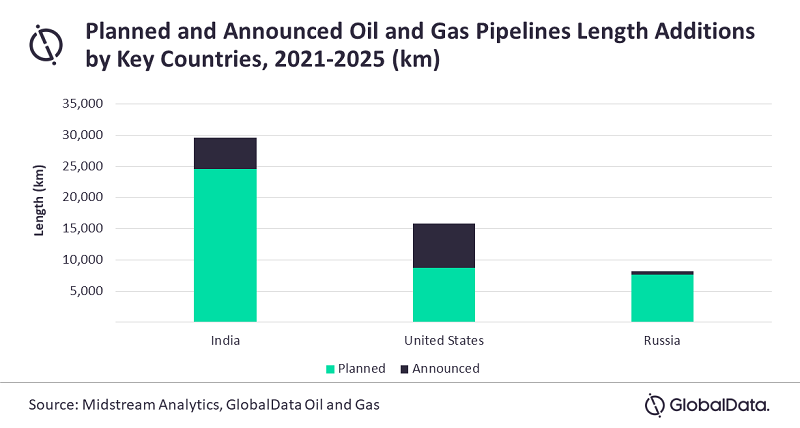 Bhargavi Gandham, Oil and Gas Analyst at GlobalData, comments: “Kandla–Gorakhpur is the largest upcoming pipeline project in the country with a length of 2,757 km. The pipeline transports petroleum products and is proposed from the states of Gujarat to Uttar Pradesh. It is expected to start operations in 2025.”

Ms Bhargavi concludes: “Russia stands third globally with a planned and announced trunk pipeline length of 8,170 km by 2025. The Nord Stream 2 gas pipeline is the longest upcoming pipeline in the country and is slated to begin operations in 2021 with a length of 2,460 km.”