India, US kick off strategic energy partnership with task force on gas 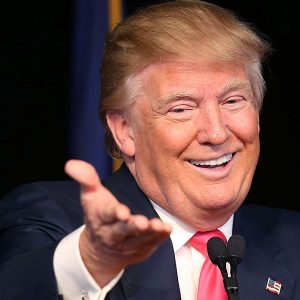 18 April 2018, New Delhi – India and the US have decided to set up a joint task force on natural gas, hitting the road with India-US Strategic Energy Partnership at a time when a new order is emerging in the global oil market.

At the inaugural meeting of the partnership, chaired by oil minister Dharmendra Pradhan and visiting US energy secretary Rick Perry, here on Tuesday, both sides decided to expand cooperation in areas of oil and gas, power and energy efficiency, renewable energy and sustainable growth as well as coal.

The partnership was announced by President Donald Trump and Prime Minister Narendra Modi during their June 26, 2017 summit in Washington, DC.

A joint statement issued after the meeting reaffirmed the commitment by both sides to an early and full implementation of their civil nuclear partnership, including the planned supply of six Westinghouse reactors for the proposed Andhra Pradesh nuclear power station. The cooperation in nuclear energy is being pursued through relevant bilateral mechanisms.

The task force envisages setting up a team of US and Indian industry experts with the mandate to propose, develop, and convey policy measures to help India raise share of natural gas in its economy as part of efforts to reduce carbon footprint. It is also expected to help promote strategic and economic interests of both countries.

In response to questions on preferential pricing of gas for India, Perry said both countries share a lot of values. He said some countries can give cheaper gas but it is the long-term relation that matters. He said the US was in discussion to join International Solar Alliance but it would be premature to talk about any decision now.

The upgrade in energy ties coincides with the balance of power in the global oil market shifting in Asia’s favour and new-age energy solutions disrupting traditional policy parameters.

The boom in US fracking industry and emergence of Russia as a major crude exporter have weakened Opec’s grip on the global oil market. The US is now being seen as the swing maker, a position held by Saudi Arabia not long ago.

Half way across, India has become the world’s third largest oil consumer and seen as driving incremental global demand for oil over the next decade or more. It has also become the leading voice of consumer nations, with rival China agreeing to join hands for forging a buyers’ club to counter the sellers’ cartel.