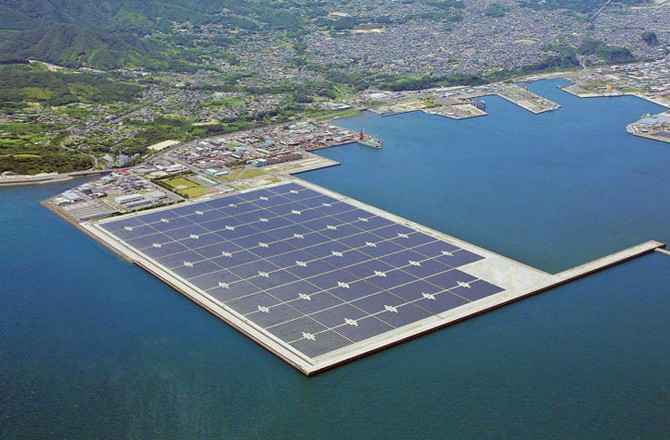 06 December 2017, News wires – India’s Power minister, M M Mani, has commissioned the largest floating solar power plant in the country set up on the Banasura Sagar reservoir at Padinjarethara in Wayanad,  according to ET Energy World.

The 500 kWp (kilowatt peak) solar plant of the Keralastate electricity board (KSEB) floats on 1.25 acres of water surface of the reservoir. The solar plant has 1,938 solar panels which have been installed on 18 ferro cement floaters with hollow insides.

The plant has been set up by KSEB at a cost of Rs 9.25 crore. The project has used high- efficiency solar panels and a floating substation have been set up on the reservoir itself to convert the output into 11kV, considering economic and safety aspects.

A 500 KVA (Kilo volt ampere) transformer, 17 inverters, a supervisory control and data acquisition (SCADA) system to control and monitor power generation and an anchoring system are part of the floating solar project.

The power generated by the plant will be transmitted to the KSEB’s Padinjarathara substation. Floating solar plants had higher efficiency compared to ground-mounted installations due to the moderating effect of water bodies on panel temperature.

The project is a scaled up version of the 10 kW floating solar project which was inaugurated in Banasura Sagar reservoir itself in January 2016.Thiruvananthapuram- based Adtech Systems Limited has been the implementing agency for the project.

Speaking after commissioning the project, Mani said that it has become imperative for the state to explore all avenues of renewable energy as it was currently producing just 30 % of its power requirement.

“We are purchasing 70% of our energy requirement from other states. But still the government is hopeful of avoiding power cuts this summer season as well,” Mani said. District panchayat president T Ushakumari presided over the function.