Indonesia has highest CapEx on hydrocarbon projects in Southeast Asia 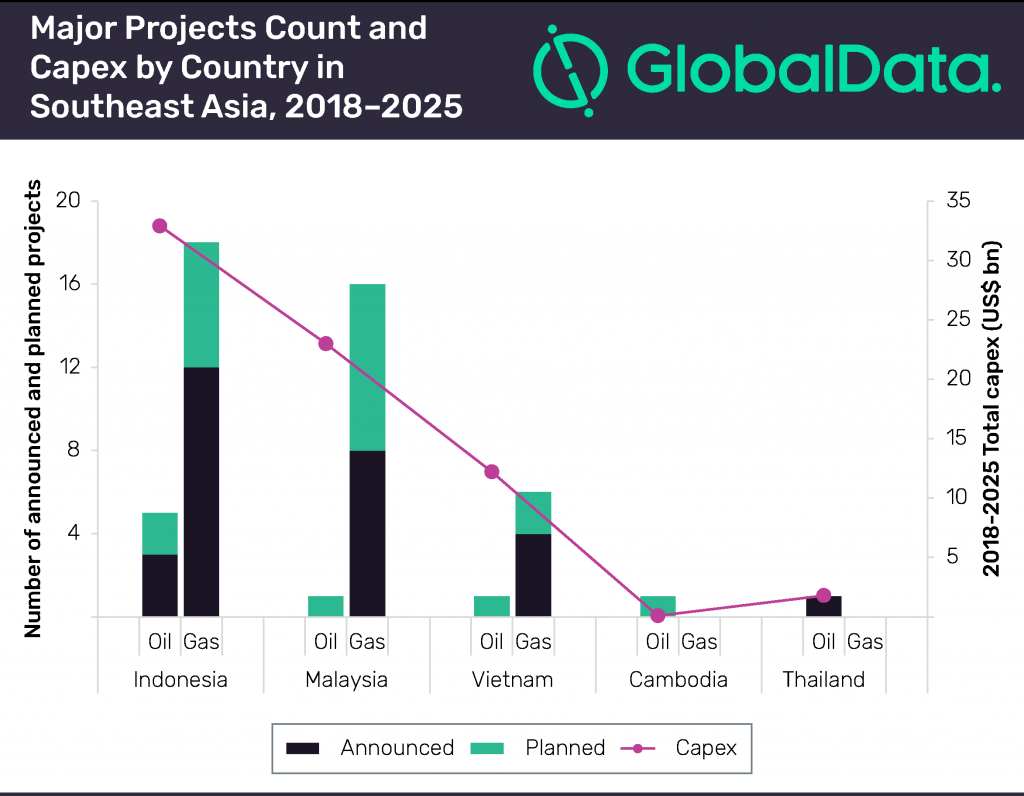 11 December 2018, Sweetcrude, Lagos — Indonesia has the highest capital expenditure, CapEx, on planned and announced crude and natural gas projects in Southeast Asia over the period 2018–2025, according to GlobalData, a leading data, and analytics company.

In Southeast Asia, a total of 49 crude and natural gas projects are expected to start operations in five countries during 2018-2025. Among these, 21 represent the number of planned projects with identified development plans and 28 represent the number of early-stage announced projects that are undergoing conceptual studies and that are expected to get approved for development.

GlobalData identifies Malaysia as the second highest country with 17 upcoming projects– nine planned and eight announced projects, respectively. Vietnam follows with seven upcoming projects, expected to come online by 2025. Cambodia and Thailand are the other countries in Southeast Asia with one upcoming project each.

Key projects in Southeast Asia are expected to contribute about 171,500 barrels of oil per day of global crude production and about 8.1 billion cubic feet per day (bcfd) of global gas production in 2025. The region is expected to spend proposed capex of US$14.9bn to bring the planned projects online and US$55.1bn on key announced projects between 2018 and 2025.