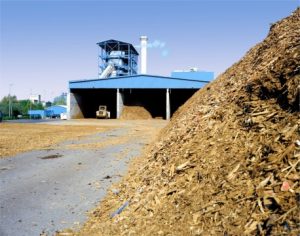 Jakarta — Indonesia plans to make the co-firing of biomass in power stations mandatory as part of its efforts to phase out coal power plants, which account for more than 60% of its electricity supplies, an energy ministry director said on Friday.

The Southeast Asian country is the world’s biggest thermal coal exporter and relies heavily the fuel domestically, but authorities have pledged to start phasing out coal under climate change commitments.

“This co-firing programme is an intermediate solution as we determine how to phase out coal power plants,” Chrisnawan Anditya, a renewable energy director at the Energy and Mineral Resources Ministry, told an online seminar.

He said the government is preparing a regulation to implement the mandatory co-firing, which would apply to state electricity utility PT Perusahaan Listrik Negara (PLN) as well as independent power producers.

The timing and other details, such as the ratio of biomass used in co-firing, were not disclosed by Chrisnawan.

PLN has said it is planning to gradually retire its coal power plants as part of its ambition to reach carbon neutrality by 2060.

The state power company plans to start co-firing at 52 of its biggest coal power plants and has estimated it could replace 9 million tonnes of coal per year with biomass.