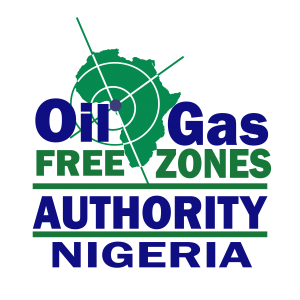 *We only issued Intels a query – OGFZA

30 October 2017, Sweetcrude, Lagos — THE Management of Nigeria’s oil and gas logistics giant and port concessionaire, Intels Nigeria Limited (INL) has threatened legal action against the Managing Director of the Oil and Gas Export Free Zone Authority (OGFZA), Umana Okon Umana, for levelling “false and malicious allegations” against the company and its management which are injurious to the business interest as well as reputation of INL.

In a 7-page letter to OGFZA boss, the company said it is compiling the losses being suffered by the organization due to Umana’s actions both in his official and private capacity.

“We have no doubt that as these are deliberate actions, you are well aware of the consequences as these are clearly crude, irresponsible and off-limits. At the appropriate time, we will initiate necessary legal measures to ventilate this grievance,” INL said.

In the letter titled “Re: Various Matters in Contention between Oil & Gas Free Zone Authority (OGFZA) and Intels Nigeria Ltd (INL)” and dated 26th October 2017, Intels listed some  issues of contention between INL and OGFZA, which he said Umana capitalised on to disparage the reputation of the company.

The issues, according to him, include the refusal of OGFZA to renew the 2017 Operating License for Intels Nigeria Limited; the imposition of land charges by OGFZA; nullification of INL’s Industry Wide Standard Tariff (IWST) and other port related charges by OGFZA.

INL also frowned at Umana’s “penchant for conveying messages to government agencies and clients injurious to INL business interest and reputation; non-payment for INTELS’ premises occupied by OGFZA at Onne and Heliconia Park Estate and the refusal of OGFZA to renew the residence permit and re-designation of INL expatriate employees in the Onne Free Zone.

Meanwhile, in a reaction to Intels threat to go to court, the Public Relation Officer of the authority, Mr. Iboro Ortong disclosed that as the regulatory agency in charge of the Oil and Gas Free Zone, activities of operators are regulated and Intels is no exception.

We queried Intels for going against certain rules of the zone and the next thing is that they are threatening legal action for query issued to them.

INL’s letter reads: “We refer to the various exchanges of correspondence, meetings and discussions held between our company and the OGFZA regarding various demand notices issued by the OGFZA as well as other measures taken by the OGFZA affecting our status and operations in the Onne Oil & Gas Free Zone.

“As you are aware, we have so far engaged you in discussions with a view to resolving the matters amicably, in line with our conviction that a harmonious working relationship will be of mutual benefit to our two organizations and will be in the overall interest of both parties. However, in view of your persistent engagement in actions deliberately aimed at undermining our business as well as tarnishing our hard-earned reputation, it has now become imperative to formally address the various issues on both the law and facts with the hope that you will be better guided to retrace your ill-advised actions,” the company said.

On OGFZA’s refusal to renew the 2017 Operating License of Intels Nigeria Limited, the company states: “OGFZA has refused to release INL licence for 2017 on the ground that INL has to pay all charges and fees demanded by the OGFZA notwithstanding that INL has paid in full the renewal fee for the licence. The other fees in question relate to new free zone tariffs on land charges imposed by the Free Zone (Tariffs & Other Charges) Order gazette in 2015 but being implemented from 2017. As you are aware, INL has raised some issues concerning the land charges (which are further enumerated hereunder) with the result that the claim by the OGFZA on INL for those charges are presently being disputed.

“The OGFZA takes the view that INL has not complied with Regulation 35(1) (b) (“payment of any outstanding sum due to the Authority”) and is therefore not entitled to have its licence renewed. The position of OGFZA is in grave error. The Black’s Law Dictionary defines “due” as “owing, payable; justly owed”. It goes further to explain that the word due “always imports a fixed and settled obligation of liability.

“This is not the case in the present situation as INL disputes that it is liable to pay the demanded Lease/ Sublease Charge, and insists that being so disputed, these charges are not “due”, within the meaning of Regulation 35(1)(b) and the meaning of “due” as contained in the Black’s Law Dictionary . This is the correct interpretation of the law since the phrase used is the regulations are “any outstanding amount due to the Authority”, “not any outstanding amount claimed by the Authority”.
“In the circumstance, we demand that OGFZA should forthwith issue INL licence for 2017.”

On the issue of land charges imposed by OGFZA, Epelle maintained that INL is not liable to pay the land charges levied on it by OGFZA.