31 July 2017, Tehran — Iran now is producing the most high-quality liquefied petroleum gas (LPG) as a strategic product in its South Pars Gas Field, said the supervisor of the sixth refinery of the energy complex in southern Iran.

High-quality LPG production in South Pars Gas Field
‘The allowed maximum of sulphur in export-worthy liquid gas in the sixth refinery has been improved more than 90 percent to less than 10 ppm (Parts Per Million) which in practice stands at one pm, showing a very high quality’ said Ahmad Valipour.
The sixth refinery is included in phases 15 and 16 of the South Pars complex. The South Pars, by far the world’s largest natural gas field, is a natural-gas condensate field located in the Persian Gulf.

‘In the sixth refinery, through implementing advanced procedures, the efficiency of sulphur recycling is 99.95 percent, more than the 97 percent in the previous planning of the refineries,’ Valipour added.

‘The sixth refinery has the most advanced unit of recycling sulphur among the refineries of the country,’ he said. 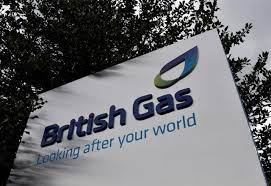