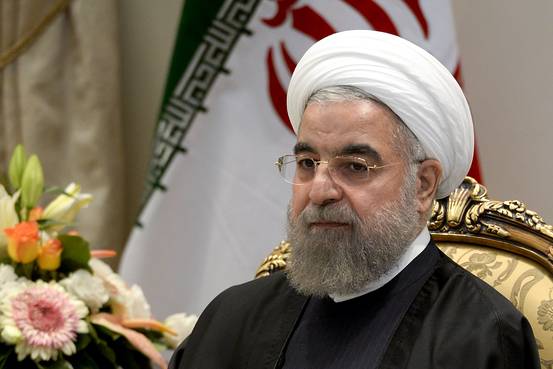 29 June 2018, Ankara — Iranian President Hassan Rouhani says Tehran was closer to its goal of self-sufficiency in gasoline production after inaugurating the second phase of the Persian Gulf Star Refinery in the southern port city of Bandar Abbas.

Weeks after President Donald Trump pulled out of an international nuclear deal with Iran and threatened to reimpose sanctions on Iran, the United States told all countries on Tuesday to stop importing Iranian oil from November.

“When under threat of sanctions by our enemy, if we control and reduce our domestic consumption of gasoline … we can say that we are self-sufficient in fuel production,” Rouhani said in a televised speech.

OPEC member Iran has for years struggled to meet its domestic fuel needs due to a lack of refining capacity and international sanctions that limited the supply of spare parts for plant maintenance.

Iran’s Persian Gulf Star Refinery converts light crude, known as condensate, into gasoline and naphtha. Rouhani said that with the inauguration of the new phase, the refinery would produce 24 million litres of petrol per day.

“If we can reduce our domestic consumption of 80 million litres of gasoline per day … we can even export gasoline,” Rouhani said.

“With the refinery becoming fully operational, we will have no concerns over sanctions,” he said on Iran’s Oil Ministry website SHANA.

Khatam al Anbia Construction Headquarters (KAA), the engineering arm of the Islamic Revolutionary Guards Corps, was one of the main contractors of the project.