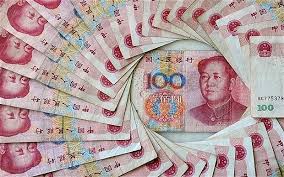 12 May 2018, News Wires – China is positioned to be a chief beneficiary of the U.S. decision to withdraw from the Iran nuclear deal as it would give China leverage to demand oil imports be priced in yuan, several currency experts said.

President Donald Trump is preparing to impose new sanctions on Iran, the White House said on Wednesday, following the U.S. withdrawal from the multinational 2015 agreement that stalled Iran’s nuclear program.

The sanctions would aim to limit global trade of the oil producer’s crude. The effects may be muted as major Asian importers, China chief among them, are likely to continue buying Iranian oil.

The People’s Republic stands to benefit if it can use its leverage as the world’s largest importer of crude by insisting that its oil purchases from Iran be priced in yuan.

Oil is priced and traded in U.S. dollars because of the dominance of the dollar-denominated Brent and West Texas Intermediate benchmarks. Pricing imports in yuan would therefore spare China the cost of exchanging dollars, and would increase the use of the renminbi in global financial trade, which could ultimately hurt the dollar’s international clout.

Iran’s exports are expected to decrease, as are foreign investments in the country. That would hurt not just Iran’s economy but also the dollar’s liquidity, as the global oil trade undergirds the greenback, said Edward Al-Hussainy, senior analyst, global rates and currency at Columbia Threadneedle in Minneapolis. This provides Iran an incentive to approach the People’s Bank of China to discuss a yuan-denominated deal.

During the last round of sanctions prior to the nuclear deal, Iran’s oil supplies fell by around one million barrels per day. But its oil minister said on Thursday that Trump’s decision to quit the pact would not affect Tehran’s exports.

In the interest of exerting more control over the price of oil imports, China in March launched a crude futures exchange that could become a yuan-denominated benchmark to rival Brent and WTI.

“China is the largest commodity producer in the world and the largest commodity consumer in the world, so it would make sense that Chinese futures that are close to the areas of supply and demand would be a more natural benchmark than the U.S. markets,” said Marwan Younes, founder and chief investment officer of Massar Capital Management in New York.

Shortly after the exchange launched, Reuters reported on March 29 that Chinese regulators had informally asked a handful of financial institutions to prepare for pricing China’s crude imports in the yuan, according to three sources at some of the financial firms.

Both endeavors are part of a larger effort by Beijing to establish its currency internationally.

China has further incentive to establish an interest in Iran’s oil industry, as the country lies at the crossroads of China’s “One Belt, One Road” project, which aims to invest more than $1 trillion in infrastructure from railroads and ports to energy, in more than 60 countries spanning Europe, Africa and Asia.