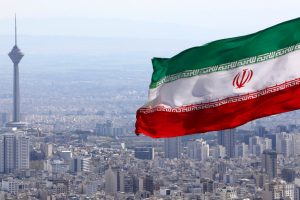 “The Islamic Republic of Iran will return to the table of negotiations. We are reviewing the Vienna negotiations files currently and, very soon, Iran’s negotiations with the ‘four plus one’ countries will recommence,” Amirabdollahian said.

He was referring to talks that began in April between Iran and the five other nations still in the 2015 deal – Britain, China, France, Germany and Russia. European diplomats have served as chief intermediaries between Washington and Tehran, which has refused to negotiate directly with U.S. officials.

The Iranian foreign ministry said on Tuesday that the Vienna talks would resume in a few weeks, the official Iranian news agency IRNA reported.

Under the deal Iran curbed its uranium enrichment program, a possible pathway to nuclear arms, in return for the lifting of economic sanctions. In 2018 then-U.S. President Donald Trump withdrew from the accord and re-imposed sanctions, crippling Iran’s economy and prompting Iran to take steps to violate its nuclear limits.

The Vienna talks, which aim to bring both Washington and Tehran back into compliance with the deal, were adjourned in June after hardliner Ebrahim Raisi was elected Iran’s president.

“We believe that Mr. President (Joe) Biden keeps carrying close to his heart a thick file of the Trump sanctions against Iran, even while seemingly pursuing negotiations and simultaneously levying new sanctions,” Amirabdollahian said.

“This paradoxical behavior has not been, and is not, a positive message or constructive message for the new administration in Tehran,” he said.

U.S. Secretary of State Antony Blinken told reporters on Thursday that Washington has been “very sincere and very steadfast” in its bid to revive the nuclear deal, but warned the possibility a return to mutual compliance “is not indefinite.”

During Trump’s presidency tensions between Washington and Tehran culminated in 2020 with the U.S. killing of Iranian military leader Qassem Soleimani and a retaliatory Iranian ballistic missile attack against U.S. forces in Iraq.

“We have received this message several times from diplomatic channels – that the current U.S. officials say that had we been in charge then, we would have not issued the command to assassinate General Soleimani,” Amirabdollahian said.

Speaking on the sidelines of the U.N. General Assembly, the foreign minister also described conversations between officials of regional rivals Iran and Saudi Arabia as “constructive” and he said Tehran had put forward dynamic proposals towards achieving peace in Yemen. The war in Yemen is widely seen in the region as a proxy war between Iran and Saudi Arabia.