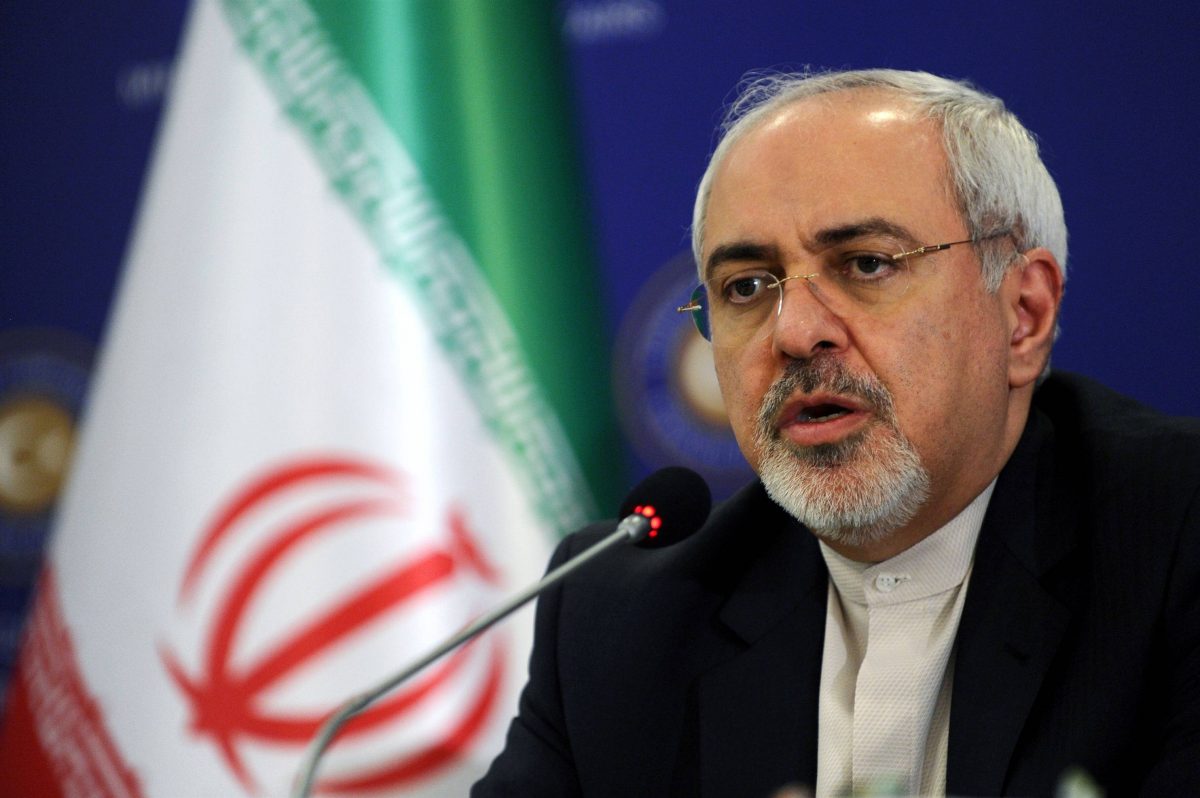 Dubai — An Iranian tanker sailed through the Mediterranean towards Greece on Monday after it was released from detention off Gibraltar, and Tehran said that any at U.S. move to seize the vessel again would have “heavy consequences”.

The Grace 1, renamed the Adrian Darya 1, left anchorage off Gibraltar about 11 p.m. (2100 GMT) on Sunday. Refinitiv ship tracking data showed on Monday that the vessel was heading to Kalamata in Greece and was scheduled to arrive next Sunday at 0000 GMT.

The seizure of the tanker by British Royal Marines near Gibraltar in July 4 on suspicion of carrying oil to Syria in violation of European Union sanctions led to a weeks-long stand-off between Tehran and the West. It also heightened tensions on international oil shipping routes through the Gulf.

Gibraltar, a British overseas territory, lifted the detention order on Thursday but the next day a federal court in Washington issued a warrant for the seizure of the tanker, the oil it carries and nearly $1 million.

Gibraltar said on Sunday it could not comply with that request because it was bound by EU law. Washington wanted to detain the tanker on the grounds that it had links to Iran’s Islamic Revolutionary Guard Corps (IRGC), which it has designated a terrorist organisation.

“We are happy this ordeal has ended and I hope this will lead to less escalation,” Iranian Foreign Minister Mohammad Javad Zarif said while visiting Finland.

He also said the U.S. warrant had no legal basis and was politically motivated to “make more escalation”.

Greek authorities had no immediate comment on the situation.

Iran said on Monday any U.S. attempt to seize the tanker would have “heavy consequences”.

Asked whether the United States could renew its seizure request after the tanker sailed from Gibraltar, Foreign Ministry spokesman Abbas Mousavi said: “Such an action, and even the talk of it … would endanger shipping safety in open seas.”

“Iran has issued the necessary warnings through official channels, especially the Swiss embassy, to American officials not to commit such an error because it would have heavy consequences,” Mousavi said in remarks broadcast on state television.

Switzerland represents U.S. interests in Iran, which has no diplomatic relations with the United States.

The Adrian Darya 1, which was re-flagged to Iran after being de-listed by Panama on May 29, was fully laden and carrying about 2 million barrels of oil, Refinitiv data showed. The cargo was valued at tens of millions of dollars.

U.S. President Donald Trump pulled out of a 2015 nuclear deal with Iran in May last year, while the European Union is still part of the accord, which allows Tehran to sell its oil.

Washington wants to reduce Iran’s oil exports to zero and has re-imposed U.S. sanctions which place heavy penalties on any breaches even for non-U.S. citizens and companies, including asset freezes and being cut off from the U.S. financial system.

While EU regulations still allow for companies and citizens in the bloc to trade with Iran, falling foul of U.S. sanctions has meant most banks are unwilling to process even authorised transactions such as for food and medicine, finance sources say.

This is likely to be the first major foreign policy challenge for Greece’s new Prime Minister Kyriakos Mitsotakis since he took office in July if the vessel enters Greek territorial waters.

Zarif said Iran could not reveal where the oil would go.

“Because of US sanctions we cannot be very transparent with the destination,” he said.

A spokesperson for the Greek coastguard said they had no formal information the vessel is heading to Kalamata and are monitoring the matter.

Separately, a senior Iranian lawmaker said a crisis in Iran’s ties with Britain, which included Tehran’s seizure of a British-flagged tanker last month, would not be over until the tanker reached its destination.

Iran’s Revolutionary Guards on July 19 seized the Stena Impero in the Strait of Hormuz waterway for alleged marine violations, two weeks after the Grace 1 was commandeered.

“Until the Iranian oil tanker arrives at its destination the British must help end the crisis,” Heshmatollah Falahatpisheh, a member of parliament’s national security and foreign affairs committee, was quoted as saying by the semi-official ISNA news agency.

“The crisis with Britain is not over. Britain has the primary responsibility for ending the oil tanker crisis,” Falahatpisheh said.

Mousavi said that Tehran was waiting for a court decision on alleged maritime violations by the Stena Impero and he hoped the procedures would be completed as soon as possible.

The head of Iran’s judiciary Ebrahim Raisi also said “Iran should claim damages…to teach a lesson to those who acted against international laws and regulations by seizing the tanker”.

Iran has denied its tanker was ever headed to Syria, a close ally of Tehran.

The two vessels have since become pawns in a bigger game, feeding into wider hostilities since the United States pulled out of the nuclear agreement with Iran.
– Reuters