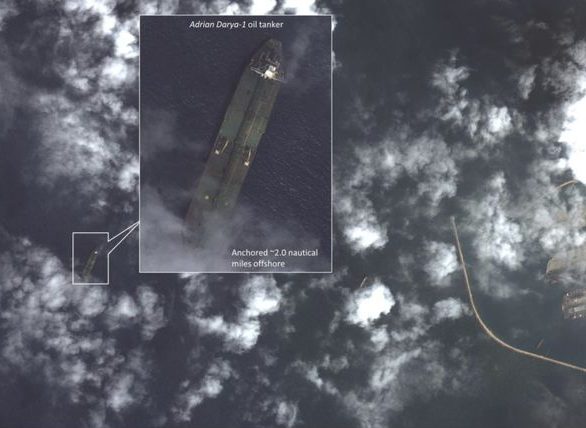 London — While one Iranian tanker is attracting global attention, serious oil watchers remain absorbed by a bigger mystery: the hunt for the rest of Iran’s fleet.

The quest has led to ever more inventive methods of tracking ships, and divergent views on the amounts of crude secretly slipping into world markets. That’s because the vessels have mostly “gone dark” since sanctions were tightened this year, switching off transponders that would reveal their location.

“Iran is a black box, but it’s also not a black box” as there are ways to uncover secretive activity, said Devin Geoghegan, global director of petroleum intelligence at Genscape Inc. in Denver, Colorado. “Iran is simply doing a better job of putting their oil into other people’s hands — or their own storage tin-cans — than anybody has expected.”

After tearing up a previous accord on Iran’s nuclear program, U.S. President Donald Trump is squeezing trade to pressure Tehran into accepting a different deal. The clash has triggered a range of hostilities, from the targeting of Saudi oil tankers to the shooting down of an American spy drone. It’s also captivated crude traders, hungry for insights that could influence global prices. 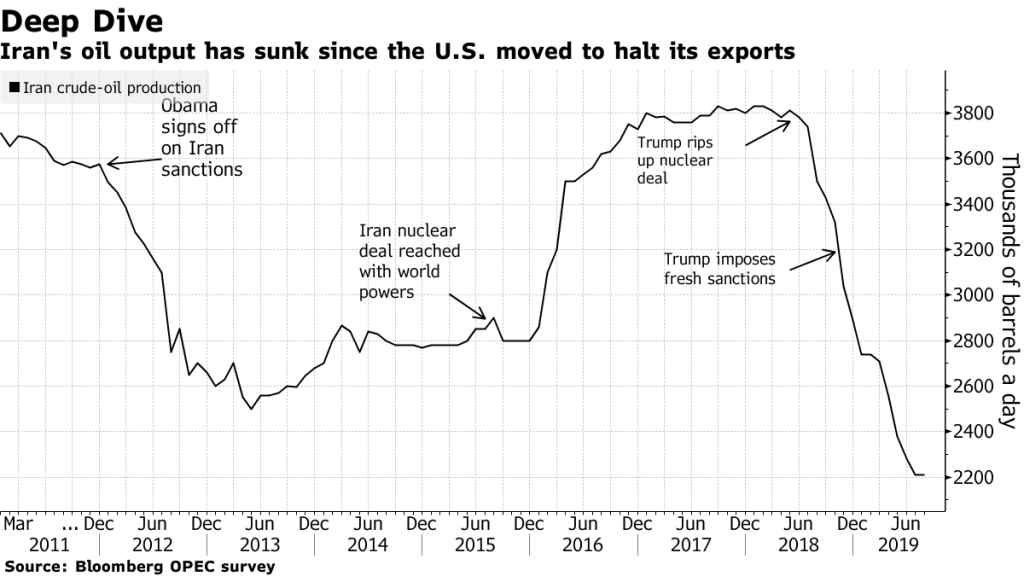 While the U.S. State Department aims to shrink Iran’s exports to “zero,” Iranian Oil Minister Bijan Zanganeh has insisted his nation is working “day and night” to keep sales going, and has a number of clandestine options to enable this.

If there’s one point on which the companies monitoring Iran agree, it’s that the U.S. hasn’t yet achieved its goal: oil is still flowing. But because of their varying methodologies, the analysts differ on how much. Daily exports could be as little as a couple of hundred thousand barrels, or exceed the 1 million a day shipped during previous sanctions under Trump’s predecessor Barack Obama.
Inflated Numbers?

“Iran is as secretive now as any time over the past 40 years,” said Daniel Gerber, chief executive officer of Geneva-based tanker-tracking firm Petro-Logistics SA. “There’s a wide array of diverging estimates of their exports in the industry, with a series of accounting problems causing erroneous higher numbers to come into some of these.”

Iran is now barely shipping a third of the amount it sold during the previous round of sanctions imposed earlier this decade, Gerber said. Some other estimates have been inflated because they include all the oil that’s been loaded onto tankers, or put into domestic storage, rather than just what’s been shipped overseas, he said.

“The Trump administration has been successful at curtailing Iran’s exports on an unprecedented scale,” according to Gerber, who said Petro-Logistics is able to obtain details on the volumes and crude-type of individual cargoes, as well as on the counter-parties buying them.
QuickTake explainer: Why the U.S. and Iran Are at Loggerheads, Again

For some Iran-watchers, commercial satellite imagery is key. Kpler, an analytical company founded in Paris, cross-references such images with other information like customs data and reports from port agencies.

It estimates that Iran has managed to maintain limited flows to China, its biggest customer, and some to Turkey and Syria. The Adrian Darya 1 tanker, the focus of worldwide attention when it was seized near Gibraltar by the U.K. military in early July, recently signaled a location near Syria’s coast, but has since disappeared from satellite-tracking.

Iran is employing a range of techniques to try to avoid detection, including “several ship-to-ship transfers off-radar,” according to Kpler analyst Samah Ahmed.

Trump Pressure
Nonetheless, exports have largely been choked off, slumping 90% since Trump abandoned the nuclear pact in May 2018 to just 400,000 barrels a day, Kpler says.

“The goal of bringing Iran’s exports down to zero was never attained,” said Homayoun Falakshahi, an analyst at the firm. Yet “the Trump administration has been obviously very successful in bringing maximum pressure.”

The actual volume that Iran is selling for cash is probably even lower, according to Sara Vakhshouri, head of consultants SVB Energy International in Washington, D.C.

Some cargoes are sold to repay debts to China, and others are moved into so-called bonded storage there without passing customs, meaning they’re still owned by Iran. As a result, total sales in July may have been as little as 100,000 barrels a day, she said.
In contrast, Genscape’s Geoghegan detects “a substantial amount of production above and beyond” other assessments.

Instead of using satellite imagery of tanker traffic, he uses satellite photos of gas flaring at oil fields to gauge the level of activity there and calculate production. Iran continues to drill “full speed ahead” at new fields in the West Karoun region, Geoghegan said.

Genscape estimates that combined output of crude and condensate has only fallen by 15% since the first quarter of 2018, and may currently be as much as 3.9 million barrels a day, with exports of about 500,000 to 1 million a day. That extra production isn’t necessarily being sold, and appears to be moving into storage both on land — including underground facilities that aren’t widely acknowledged — and at sea.
Consequently, the surprising resilience of Iran’s oil industry may not last much longer. As storage fills up, output may need to be lowered.

“We have seen every tin-can that they have get filled up, and we’ve seen oil fill up in areas that they haven’t historically used,” Geoghegan said. “They’re going to hit a brick wall at some point, and their production is going to take another leg down.”