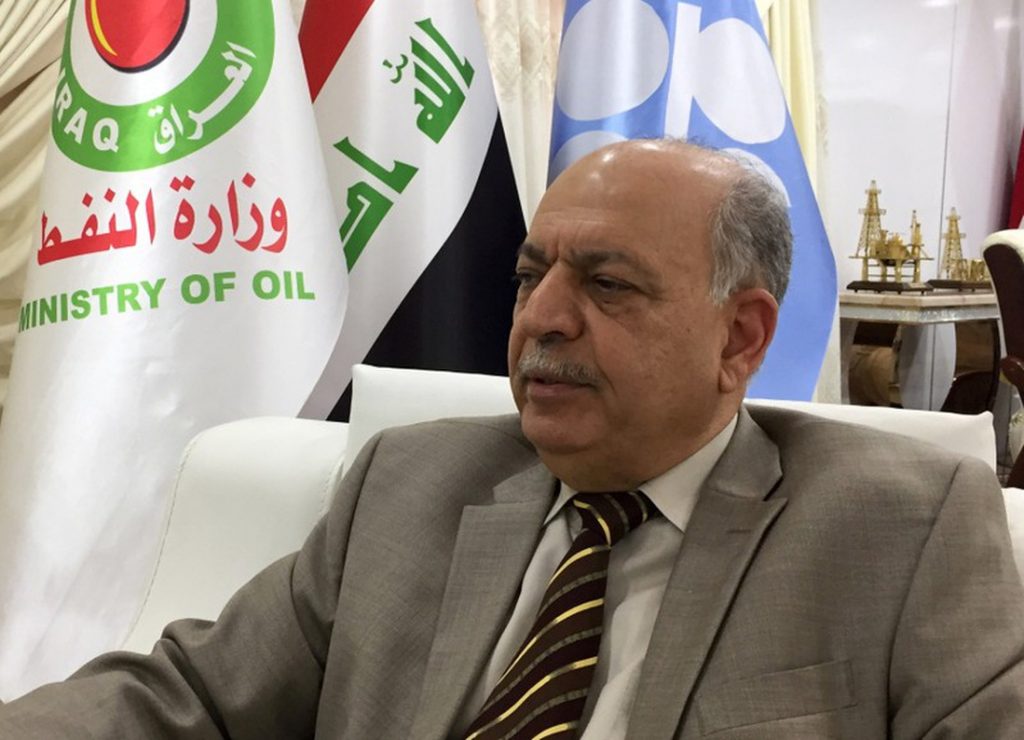 11 November 2018, Sweetcrude, Lagos — Iraq’s new oil minister Thamer Ghadhban said on Wednesday the current price of crude was “fair”, and that OPEC’s second-largest producer would be responsible in providing ample oil supplies to the market.

“We will do our best to stabilize the market,” Ghadhban told reporters after officially taking over the oil portfolio from Jabar al-Luaibi.

“The oil price at the moment is at a fair price,” he said in response to a question about an upcoming OPEC meeting in December.

“We will look after our country as a first priority but will not put aside the interests of the consumers.”

Ghadhban, who was nominated by Prime Minister Adel Abdul Mahdi and confirmed as minister in a parliamentary vote last week, said he would look at ways to reform the oil ministry, including by eliminating nepotism.

The new minister replaced Jabar al-Luaibi, who had held the oil portfolio since 2016 in the government of former Prime Minister Haider al-Abadi.

At a ceremony officially transferring the oil portfolio to Ghadhban, the new minister said he would seek to develop oil refineries by increasing their production capacity and reducing gas flaring.

Iraq has continued to flare some of the gas extracted alongside oil at its fields because it lacks the facilities to process it into fuel. Iraq has said it hopes to end gas flaring by 2021.

Iraq is OPEC’s second-largest producer after Saudi Arabia and pumps around 4.6 million bpd. The majority of its crude exports go to Asia.

The bulk of Iraq’s oil is exported via its southern terminals, which account for more than 95 percent of the OPEC producer’s state revenue.