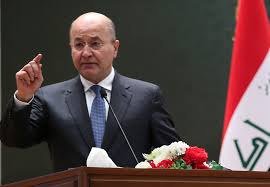 Baghdad — Iraq’s Oil Ministry said on Friday that some U.S. citizens working for foreign oil companies in the Iraqi oil city of Basra were leaving, confirming an earlier Reuters report.

All oilfields across the country were operating normally and production and export was not affected, the ministry said in a statement, adding that no other nationalities were departing.