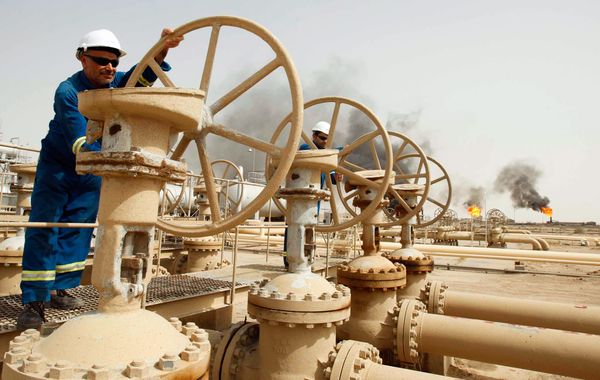 Oil producers in Iraq currently receive a fee from the government linked to production increases, which include crude and oil by-products such as liquefied petroleum gas and dry gas.

OPEC’s second largest producer after Saudi Arabia decided to change the contracts after a glut caused oil prices to crash in 2014, reducing the government’s ability to pay the fees.

Iraq has invited foreign companies to bid for contracts to explore and develop petroleum reserves in 11 new blocks as it seeks to boost output capacity.

The new terms, announced at a press conference by Abdul Mahdi al-Ameedi, head of the ministry’s licensing and contracts office, include other provisions which will reduce companies’ profit.

The new contracts will ‘establish a linkage between prevailing oil prices and cost recovery’, Ameedi said.

They will also introduce a royalty element, he added.

The semi-autonomous Kurdistan Regional Government produces oil and gas from fields under its control in northern Iraq under a production sharing model more profitable to companies.

The new contracts offered by Baghdad will also set a time limit for companies to end gas flaring from oil fields they develop on territory under its control.

Iraq continues to flare some of the gas extracted alongside crude oil at its fields because it lacks the facilities to process it into fuel for local consumption or exports.

Iraq hopes to end gas flaring by 2021, which costs nearly $2.5 billion in lost revenue for the government and would be sufficient to meet most of its unmet needs for gas‐based power generation, according to the World Bank.