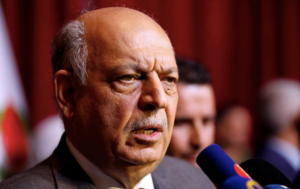 Baghdad — An agreement between OPEC and its allies to extend oil output cuts until the end of March 2020 will lower inventories, help stabilise the market and address price volatility, Iraqi Oil Minister Thamer Ghadhban said on Wednesday.

Asked about OPEC’s position on prices, Ghadhban said the general view was that $70 per barrel or higher was acceptable, adding that the producer group sought prices that were fair to consumers and producers alike. Brent oil is currently near $65.

The Organization of the Petroleum Exporting Countries and allied producers led by Russia agreed earlier this month to prolong oil output cuts, seeking to prop up the price of crude as the global economy weakens and U.S. production soars.

Iraq hopes navigation in the Strait of Hormuz will remain open and uninterrupted, said Ghadhban, who was speaking on the sidelines of an energy conference in Baghdad.

“No fewer than 18 million barrels pass through the strait every day … the region needs to remain stable,” he said.

Prime Minister Adel Abdul Mahdi said on Tuesday that any disruption to oil exports through the Strait of Hormuz would be a “major obstacle” for the economy of Iraq, which has few oil export outlets.

A vital shipping route linking Middle East oil producers to markets in Asia, Europe, North America and beyond, the Strait of Hormuz has been at the heart of regional tensions for decades.

Recent months have seen a bout of instability in the region, with six tankers attacked since May amid escalating tensions between Tehran and Washington.