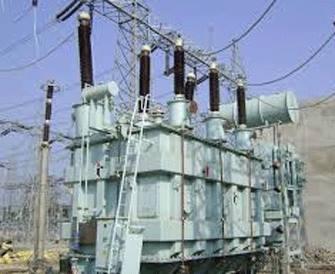 Managing Director of ISOPADEC, Owuoma Okwuosha, said the Commission is changing the narrative and putting smiles on the faces of the people from oil producing communities.

Okwuosha, in a statement, regretted that the previous administration claimed that it was paying electricity bills for the people of Ohaji-Egbema and Oguta local government areas, but the people never had electricity for the eight years.

He also disclosed that the previous administration ended up leaving a debt of over N150million of electricity bills from the Local Government Areas, with the Enugu Electricity Distribution Company, EEDC.

“ISOPADEC is now restoring electricity in Ohaji-Egbema and Oguta LGAs and ending the eight years of darkness in our communities. The last government told us they were using ISOPADEC money to pay for electricity bills for Oguta and Ohaji-Egbema.

“They ended up owing EEDC over N150million, yet we never had electricity for the period of eight years they were in power. We met with the EEDC and discussed the challenges and paid them part of the money.

“We insisted they fixed the electricity in our communities before we continue the discussion with them. They have gone to Oguta and done some work and parts of Oguta LGA now have electricity. They have also gone to Ohaji-Egbema and evaluated the situation and informed us of what they intend to do in the area.

“It is over 25km stretch of the road, we will develop it and have substations at some points. This project will cost over N400million. But we are determined to do it for the benefit of our people. We have done the engineering design and others.”

He assured the programmes will support every persons from oil producing communities, adding that every community will feel the positive  impact of oil production.