‘It takes 4hrs to detect, respond to leaks on our pipelines’ – SPDC 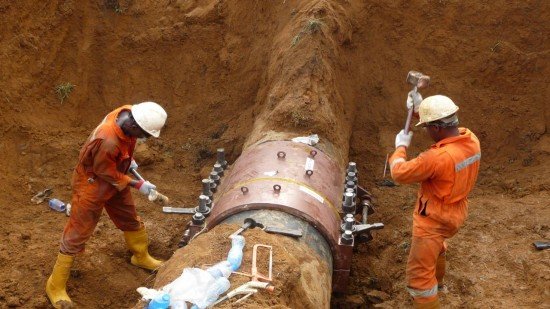 Port Harcourt — The Shell Petroleum Development Company of Nigeria Limited, SPDC, says it takes the company a maximum time of four hours to detect and respond to any leak on its pipelines across the Niger Delta, irrespective of the cause.

To this end, the Dutch oil firm regretted that 90 percent of leaks on its pipelines are caused by third-party interference, while also admitting that equipment failure does happen, as no system is perfect.

The General Manager, Safety and Environment, Shell Companies in Nigeria, Mrs. Chidube Nene-Anochie, disclosed that there have been many instances where the company’s team have been prevented by communities from gaining access to a spill site.

“A spill is not what we want at all. When a spill occurs, irrespective of the cause, there is an impact on the environment. 90 percent of our leaks are caused by third-party interference. We had a 79percent increase in the third-party leak last year 2018 when compared to 2017.

“Our surveillance network is so good that within four (4)hours maximum, we know of any leak that we have in any of our pipelines and, we react in the same manner.

“But when the community says you cannot come in, what do we do? As a person, I care for the environment because as human, that is the only legacy we can give to our children.

“Shell designs all flowlines with the intent that the crude stays in the pipe. Yes, we do have an equipment failure, I am not ashamed to say it. No systems is perfect, but what we try to do is to continually learn and improve.”

The SCiN Safety boss also said it was regrettable that Nigeria is the only country she has seen where people illegally dig up pipelines to siphon crude oil and then proceed to illegally refine it for sale.

“When we see people involved in illegal refinery and we condone it, what are we doing to our environment?

“I have worked in Oman and in Malaysia and I can tell you that pipelines are run over there the same as we do here, but I have never had one instance where people there (in Oman and Malaysia) go to dig pipeline up to collect proceeds and, start boiling crude as if they are cooking soup.

“It is even more harmful to themselves and they are really spoiling the only inheritance (environment) that we can give to our children,” Nene-Anochie said.