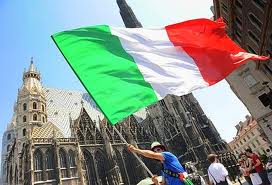 A new energy strategy that was presented to the cabinet on Tuesday said it aimed to have 14% of its energy needs met by domestic production by 2020 from the current 7%, according to Reuters report.

This is part of efforts by Italy, aimed at reducing imports to 67% of the country’s energy needs from 84% at present, while also slashing 14 billion euros ($18.23 billion) per year off its 62 billion euro energy import bill.

“The measures proposed in the energy strategy … aim to make sure that energy no longer represents for our country a structural factor for competitive disadvantage and weighs on family budgets,” it stated.

Italy has some of the highest gas and power prices in Europe and is seeking ways to cut energy costs to allow its businesses to compete.

High energy costs have even prompted some companies to consider relocating abroad.