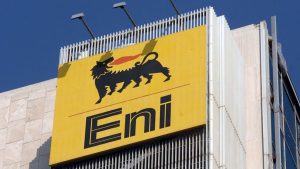 Houston — A unit of Italian oil company Eni has been assigned two 1-million-barrel cargoes of Venezuelan diluted crude oil for November loading, according to a document from state-run PDVSA seen by Reuters on Monday.

The cargoes mark the resumption of an oil-for-debt deal authorized by the U.S. government earlier this year as an exception to sanctions on Venezuela’s oil sector.

PDVSA owes billions of dollars to partners in dozens of oil and gas joint ventures, which has prompted some foreign firms to leave the country empty-handed while others have resorted to Washington for authorizations that can help reduce outstanding debts.

Eni is scheduled to take the Venezuelan heavy crude onboard the Suezmax tankers Africa and Gladiator. Africa was in Venezuelan waters on Monday waiting to load, while Gladiator is scheduled to depart from U.S. waters to Venezuela after discharging a previous cargo, according to Refinitiv Eikon monitoring data.

The two cargoes’ intended destination is Bilbao in Spain, according to the PDVSA document.

Between June and July, Eni received a total of 3.6 million barrels of Venezuelan diluted crude (DCO). Because of Eni’s limited capacity to process heavy sour oil at its Italian refineries, most of that volume was later delivered by Eni to Spain’s Repsol.

Eni and Repsol did not immediately respond to requests for comment.

The Venezuelan crude received in Europe during the summer particularly helped Repsol, whose CEO Josu Jon Imaz in July said the flow was allowing a “new dynamic” for its Venezuela business and providing better economics for its refineries.